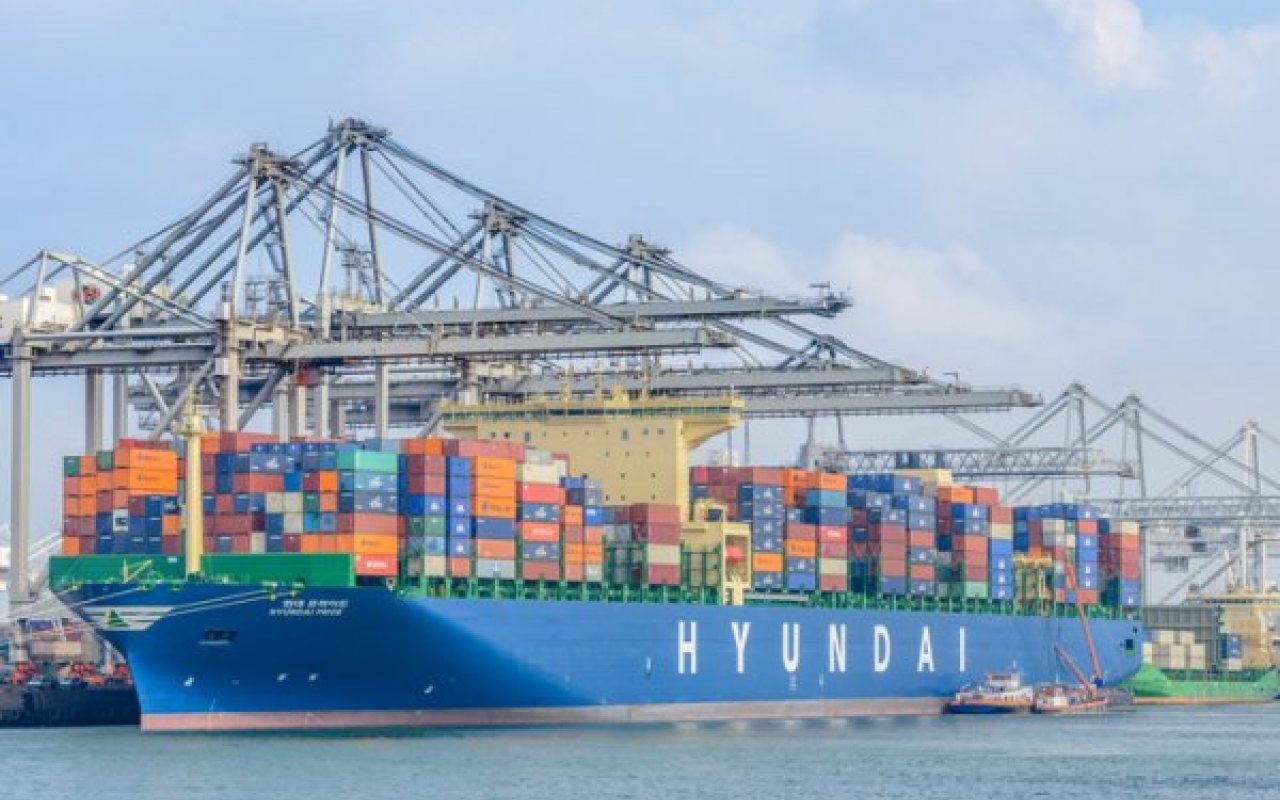 Hyundai Merchant Marine’s expansion plans are “incompatible with market stability”, according to Drewry, which has questioned if the South Korean carrier will settle for ambitions that are more limited.

In its latest Container Insight Weekly, the global shipping consultancy has analyzed what may happen if HMM continues to grow towards controlling 5% of the world fleet by 2021 — a plan revealed during a shareholder-mandated restructure in late 2016.

Drewry said that if HMM wants to continue towards its goal, a recent order for as many as 14 22,000 TEU containerships will be “the start” of a much bigger expansion.

From the carrier's current position — operating approximately 1.5% of the world fleet, Drewry has forecasted that HMM will need 1.2 million TEU based on today’s active fleet and orderbook to reach its target.

The analyst said that to achieve this, HMM will require an additional 830,000 TEU, the equivalent of 38 22,000 TEU ULCVs, which is more than twice what it currently has on the seas.

To understand what direction HMM may take next, Drewry has theorized why it may have ordered its latest batch of 14 ships.

Its first theory is that the order is connected to HMM’s slot-charter agreement, which has two years left to run with 2M carriers Maersk Line and MSC.

The analyst said that the carrier “presumably sees the new ships either as a bargaining chip to continue that partnership as it will have more to bring to the table”.

It added that HMM might also use it to leverage full membership of another carrier group.

Read a PTI technical paper by Neil Davidson, Senior Analyst at Drewry, on how to achieve optimal terminal efficiency via the analysis of terminal fragmentation

However, in the worst-case scenario, Drewry said it believes the new ships will provide HMM with the sufficient means to operate independently, building on the custom generated by a new standalone service by the carrier.

In its summary of HMM’s “hard-to-predict future”, Drewry said that the carrier “lacks the financial resources” to achieve a 5% stake in the global shipping market, despite improving the debt ratio.

HMM reported a net loss of $1.1 billion for 2017 – and will be dependent on funds from the state-owned Korea Maritime Corp to secure its first order.

Drewry said: “There is a high likelihood the company will benefit from further government support as part of a wider policy to support the flagging shipbuilding industry, but not to the extent that would propel HMM into the big leagues.

“Secondly, and most importantly in our view, to follow such a rapid expansion plan would be ruinous for the container industry, inevitably leading to a vicious bout of rate discounting that would deepen HMM’s losses and once again raise fears of a collapse.

“Such a scenario is incompatible with what should be HMM’s primary objective; to restore trust and confidence in its brand.

“Its reputation took a hit when Hanjin failed, when many realized it could just have easily been HMM instead but for the whim of the Korean government.”