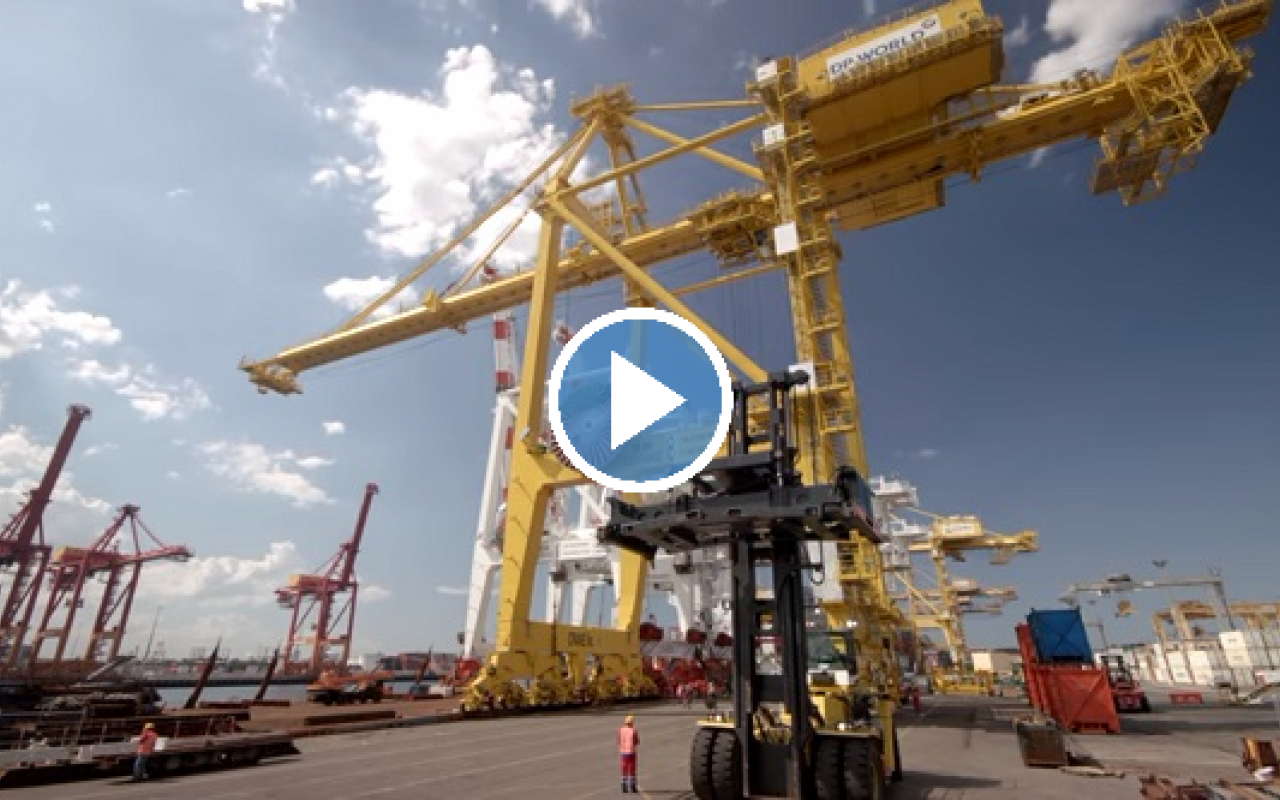 DP World Australia has released a video of it receiving one of the nine ship-to-shore (STS) cranes that are being delivered to its Brisbane, Sydney, Melbourne and Fremantle terminals.

So far, both DP World Australia’s Brisbane and Sydney terminals have received one crane each, with two delivered to its Melbourne Terminal.

DP World Australia’s latest crane arrival was it its Melbourne terminal, located at West Swanson Dock, on March 27, 2018 (pictured below).

The huge cranes, which stand over 70 metres high above the deck of the transport vessel Zhen Hua 21, were specially designed to allow passage under the Westgate Bridge.

Max Kruse, DP World Australia’s Chief Officer Operations Terminals, said: “The new ZPMC cranes are at the leading edge of port equipment and technology, and can service large vessels carrying up to 10,000 containers.

“Each crane is worth $14 million and is a key part of the investment in our Melbourne terminal. The new cranes and our continued investment in our terminals will ensure we can efficiently meet our customer’s future requirements.”

DP World Australia has recently invested US$ 140 million (AU$ 180 million) in port equipment nationally, $54.4 million (AU$ 70 million) of which has been invested in the Melbourne Terminal.

By the end of March 2018, Melbourne terminal’s straddle carrier fleet will have received 21 replacement machines and an additional ZPMC quay crane is due to be delivered and commissioned by October 2018.