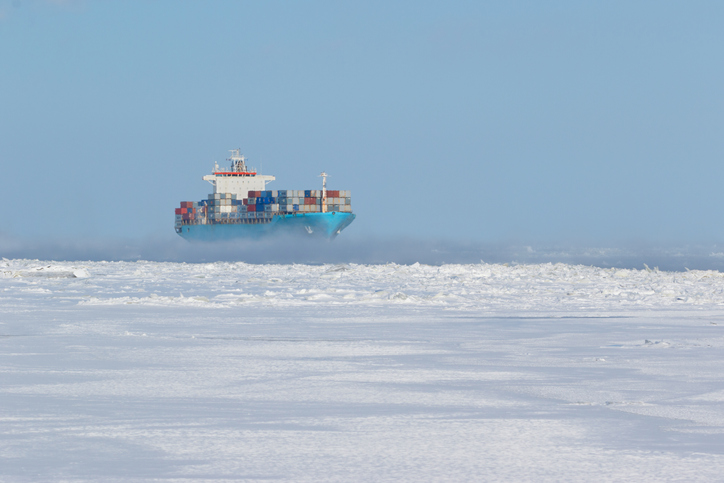 DP World and Rosatom will work together to develop the Northern Transit Corridor in the Arctic as a viable and sustainable sea route between Asia and Europe.

The agreement was signed in St Petersburg by Sultan Ahmed Bin Sulayem, Group Chairman and CEO of DP World, and Aleksey Likhachev, Director General of Rosatom.

Under the terms of the agreement DP World and Rosatom will establish a joint venture which will invest in, build and operate transport and logistics capacity along the Northern Transit Corridor.

The Northern route cuts up to 19 days from the journey time between South East Asia and North West Europe.

“The Northern Transit Corridor holds out the prospect of shorter transit times between east and west.

“DP World has already committed to invest $2 billion with the Russian Direct Investment fund, and we will continue to work with our partners in Russia to find solutions that allow the Northern Transit Corridor to develop sustainably.”

One third of the world’s trade flows between the two continents and saving shipping time will significantly reduce CO2 emissions.

The width and draft of vessels are not an issue along the Northern Transit Corridor.

A record 33 million tons was carried along the Northern Transit Corridor in 2020, with Russian President Vladimir Putin targeting 80 million tons by 2024.

To open the route to sustainable commerce, a comprehensive development program will be performed, including the development of ports and transport links along Russia’s north coast to sustain economic activity.

Alexey Likhachev, General Director of Rosatom, added, “Building of sustainable transport infrastructure in the Arctic opens up new opportunities in developing the Eurasian transit which can be achieved in an optimal timeframe and help reduce the environmental footprint through shorter route distances and the advanced low-carbon energy solutions applied.

“Today is an important step in the development of a strategic international partnership between Rosatom and DP World”.