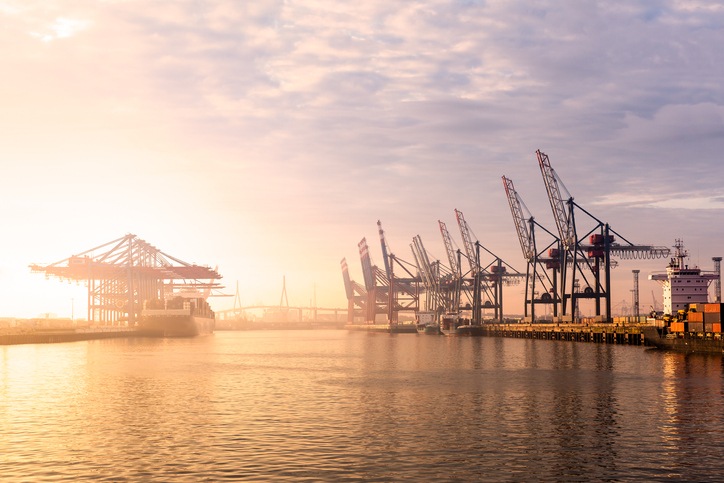 The effects of the COVID-19 pandemic have allowed the maritime industry to upgrade operations and enabled smaller ports to become alternative gateways for containerised goods when traditional hubs are congested.

Changes to the economic and manufacturing industry, including the growth of e-commerce and nearshoring, have posed new challenges for container handling hubs. Automation and improved utilisation of data science are the best ways to maintain efficiencies.

During the first session of the Container Terminal Automation Conference 2021, Eleanor Hadland, Senior Analyst, Ports and Terminals, Drewry Shipping Consultants, said the crisis has accelerated many major industry trends such as brownfield development and digitalisation.

Hadland said brownfield port and terminal projects have become far more popular than greenfield ones and that the emphasis in the industry was now on “optimising and upgrading” operations.

A particular area where efficiencies can be gained is in cutting dwell times, with the overall effect being an improved return on asset for terminal operators.

Small to medium-sized ports and terminals, Hadland said, “have an opportunity to take on board traffic”, and this greater diversification will help the industry as a whole be more efficient.

The volatility caused by the pandemic has what Hadland described as a “vicious cycle” of congestion in the yard, with labour shortages leading to reduced longer wait times and a fall in berth productivity.

Hadland said that port efficiency is unlikely to normalise in 2021 as the underlying issues of landside productivity will not be resolved, and that the market as a whole depends on the success of vaccination efforts.

The boom in consumer demand in the US has caused unforeseen traffic surge in ports globally, with the worst effects being seen on the US West Coast.

Smart technologies and automation have become a huge part of a port and terminal’s operations in recent years. Some industry commentators have predicted an increase in investment in these technologies as authorities and operators look to make cargo processing more efficient.

However, Stephen Ashworth, Managing Director, Hutchison Ports Thailand (HPT), said the company was already on journey towards using technologies to increase productivity “irrespective of COVID” but that it will continue to do so.

Ashworth cited sustainability and the ability to better use its resources, such as being able to adjust software during times when volume is slow, as key benefits of automation. Additionally, Ashworth said HPT will not exceed automation investment as a result of the pandemic as it has been a very unusual time for container ports and terminals.

“We have invested the right amount, nobody will invest in something which might happen in the future, we tend to invest just behind the curve, otherwise you run the risk of ending up with excess capacity,” Ashworth said.

This is a serious danger for ports and terminals, Ashworth explained, because they don’t have the ability to cut excess capacity, unlike the carriers.