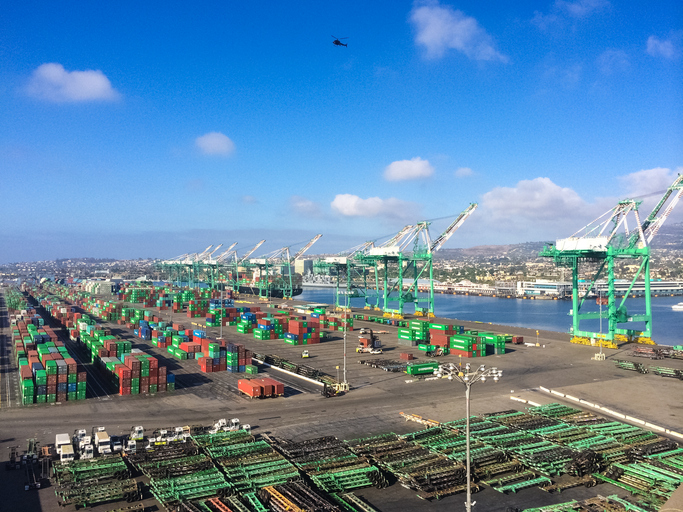 Cost and reliability stand in the way of decarbonisation at container ports and terminals and it may be some time before the industry reaps the benefits of its efforts.

Trade continues to increase, and terminals need to cut emissions while maintaining trade and volume. A solution to this is automation and implementing smart technologies, but as the industry has seen over recent years, innovation is not straightforward.

Most notable among these are labour relations. Unions have resisted change that appears to replace workers with automated equipment, which has put authorities and terminal operators in a difficult position as there is no sign yet that it is possible to cut emissions and maintain services manually.

Jelenic warned that tensions between operators and unions are going to increase in the near future.  He said another challenge could also be the competing decarbonisation models and regulations between the International Maritime Organisation (IMO) and local governmental authorities.

Cutting emissions will require what Jelenic described as a “shakeup of technologies”. He did note that a major hurdle in the future will be “technological maturity”, and that current technology is not ready to meet the demands of trade volumes and environmental regulations.

This is a particularly big problem on the US West Coast, especially in California, home to the two biggest ports in the country – Los Angeles and Long Beach. Both have invested heavily in environmentally friendly technology and have seen labour tensions rise as a result.

A lack of technological maturity, Jelenic insisted, is preventing the industry from making the necessary progress in cutting emissions.

The long-term challenge for many ports and terminals is finding the right pathway towards zero-emissions. This should done be in an incremental way, according to Ashley Woods, Global Head of Environmental Performance and HSSE Performance Insights, APM Terminals.

Woods said automation and decarbonisation can go hand-in-hand and that it is possible for terminal operators to cut emissions by focusing on individual areas. This could include changing the course of electricity or fuel, digitising systems to increase efficiencies or automating terminal gates.

On their own they marginally cut emissions but together they make the terminal’s operations substantially cleaner and safer, with relatively little effect on volume, if any at all.

Woods called this method the “accumulation of marginal gains”.

The search for an appropriate pathway is also hampered by cost and this is the biggest challenge terminal operators face when looking to achieve zero-emission operations, according to Simon Poulin, Market Strategist, Effenco.

Poulin said it was vital terminal operators found the right technological solutions that work well for maintaining volume but also for workers and pointed to strikes in the Port of Montreal earlier in 2020 that paralysed the port and the city.  Effenco is a developer of flexible and efficient heavy vehicle hybrid solutions to reduce fleet fuel costs and greenhouse gas emissions.

However, Poulin also claimed that terminals can easily learn from each other, and that across the world they were largely the same, which made it easier to implement environmentally friendly technology than it was in cities.

Jelenic offered a different view and said terminals and ports were unique and that deployment has shown that where some technology works, it might not work elsewhere. This goes back to the issue of different ports and terminals serving different needs in the supply chain and regional economy.

On that point Jelenic said terminal operators should wait to see which technologies mature over the next five years before deciding which one works best for their individual needs.