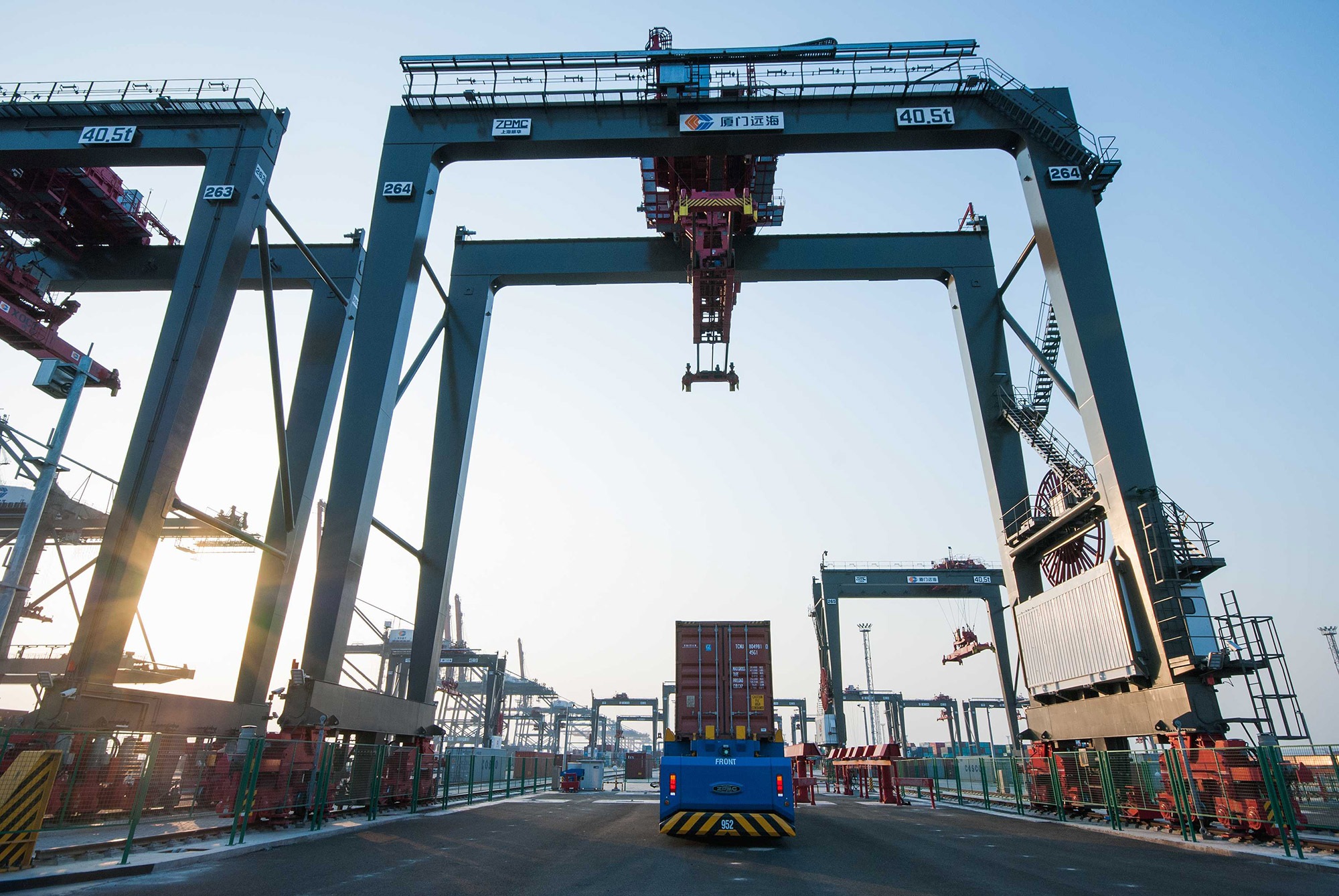 COSCO Shipping Ports (CSP), the biggest terminal operator in the world, has announced the successful completion of a 5G-enabled, automated vehicle trial at the Port of Xiamen, describing it as a “constructive result” in the development of smart ports.

In a statement, CSP said it worked with China Mobile and Dongfeng Commercial Vehicle Co. to complete the trial, which took place on the 11 May 2020.

An automated guided truck delivered containers to the COSCO Shipping Rose, collected others that were being unloaded and drove them to the yard.

In doing so, it automatically avoided several obstacles on the road and completed a series of operations, including positioning itself accurately for the cranes and smoothly completing all processes.

During this video conference, CSP and its partners signed a Letter of Intent for extending application at 5G+ smart port and provided an “implementation plan for domestic and international smart ports”.

Each section contains scope of application of the standard, normal reference documents, terms and definitions of the standard and the specific technical performance requirements. Such standard is applicable to the development process of the intelligent network-connected automated system for driverless truck for containers in the ports.