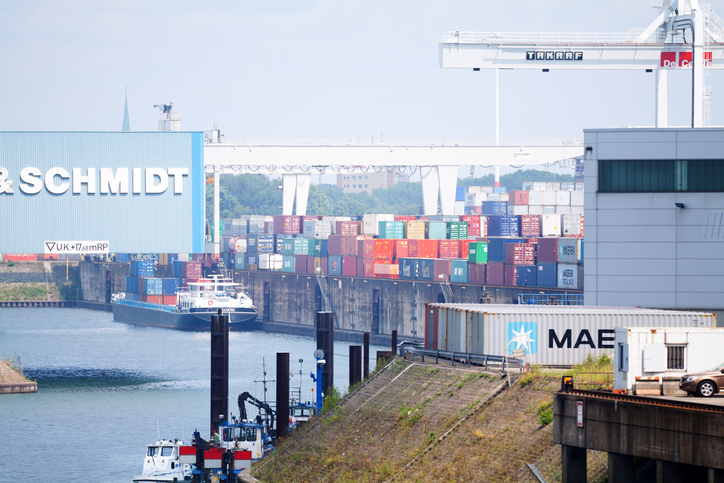 Over the period, container turnover at Duisport rose slightly by 2 per cent to around 4.3 million TEU, up from 4.2 million in FY 2020.

Total cargo turnover also remained at a similar level to the previous year. The group moved 58.2 million tons of goods by ship, rail, and truck. All the ports of Duisburg together handled a total 111.1 million tons.

This also surpassed the company’s forecast for the period which amounted to €315 million ($334.3 million).

“The positive results in 2021 are the outcome of trusting teamwork, open dialog, and above all the outstanding commitment of all our colleagues at Duisport.

“The entire Executive Board would like to like to thank them once again. After all, without their tireless efforts – whether it’s in the office, at home, at the terminals, or in our halls – we would not have been able to maintain our operations.”

Despite recent lockdowns in Shenzhen and Shanghai, goods traffic with China continued to rise. Container volumes increased by 26 per cent in FY2021, driven by improved utilisation of trains in both directions.

On average, there were around 60 arrivals and departures per week in Duisburg, with over 70 at peak times.

The Russia-Ukraine war is said to have a large on impact on whether the continued record volumes will continue through the next year. So far, trains arriving in Duisburg from China via Russia, Belarus and Poland have not yet been impacted. However, many customers have reduced their bookings or switched shipments to maritime transport.

Due to the events in Ukraine, the Executive Board, Supervisory Board, and shareholders of the Duisport Group agreed in March that it would terminate all activities in Belarus.

Over the last year, the Duisport Group continued its investment in operating companies in countries such as Germany, Belgium, France, Italy, and China.

One particular investment saw Duisburger Hafen AG acquire a shareholding in the Port of Trieste. With this, the group aims to strengthen its presence in the region and benefit from the flow of goods from the Mediterranean to Europe.

“Our geographical location and connection in the middle of Europe is a unique selling point that we will continue to reinforce,” said Dr. Carsten Hinne, Member of the Executive Board of Duisburger Hafen AG.

“We’re investing massively in the renewal and new construction of roads, rails, and bridges so that we can make our internal traffic and handling processes faster and more efficient. At the same time, this will further relieve the burden on the neighbouring residential areas,” added Prof. Thomas Schlipköther, Chief Officer for Construction, Technology and Operations at Duisport.