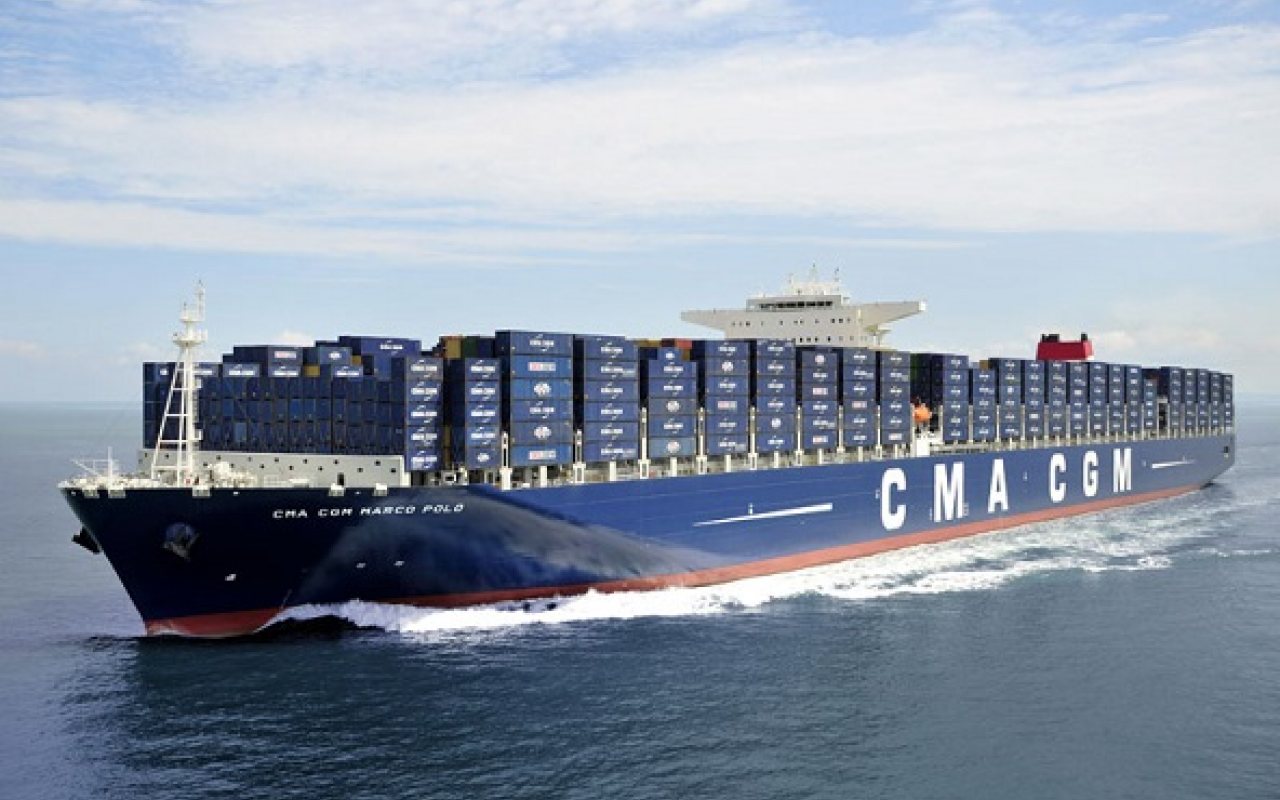 CMA CGM has confirmed its latest ship order of nine 22,000 TEU vessels after sharing impressive first half results for 2017, with a strong increase in shipping volumes driving revenue by 56.8% in comparison with Q2 2016 to reach US$ 5.55 billion.

Volumes carried by the world’s third-largest shipping line grew by 33.3% in comparison to Q2 2016, largely due to the integration of APL and the launch of Ocean Alliance.

The company also confirmed that its vessel capacity is only going to rise as an order for nine 22,000 TEU ships will see new vessels enter into service from the end of 2019 to “keep pace with market growth and the group's needs”.

CMA CGM said that it expects the newbuilds to further reduce unit transport costs, particularly on the Asia-Europe routes.

An increase in freight rates on most of the group's lines also led to a 12.5% increase in average revenues per container in the second quarter of 2017.

CMA CGM stated that the company has positioned itself as “the best performing player in the global container shipping market in terms of core EBIT margin” for Q1 of 2017.

The carrier reported a core EBIT margin of 8.9% to US$ 472 million, with APL contributing $137 million to the results after its acquisition a year ago.

Read 'The Future is Here: Cargo Handling for Mega-Ships', a technical paper by CMA CGM, to learn about the company's achievements on the Trans-Pacific trade lane

For Q2 2017, the group has registered a consolidated net income Group share of US$ 219 million.

Despite an increase in fuel price of almost 60%, CMA CGM said that unit costs were stable in Q2 2017 due to the combined effect of the operational efficiency improvement plan ‘Agility’ and the synergies from the integration of APL, excluding purchases and sales of slots through Ocean Alliance.

In its outlook, CMA CGM said: “Given the recent trend in freight rates, and excluding a significant change in fuel prices and exchange rates, CMA CGM expects to continue to improve its operating results in the second semester compared to the first semester.”

On the release of the financial results, Rodolphe Saadé, the CEO of CMA CGM Group, stated: “The Group releases excellent financial results for the 2nd quarter, with a core EBIT margin sharply rising thanks to our strategy of profitable growth.

“Once again, CMA CGM outperforms the industry and demonstrates the excellence of its operational management as well as the relevance of its strategy.

“During the quarter, we also continued to support the group’s growth with the planned acquisition of Mercosul, opening up the Brazilian domestic market.

“The Group is also preparing for the future with the order of nine container ships of 22,000 TEUs which will enable us to continue our development and maintain our competitiveness.”

Read more: CMA CGM launched a new logo, released a video and created visuals to promote its new ambition for 2017 and beyond