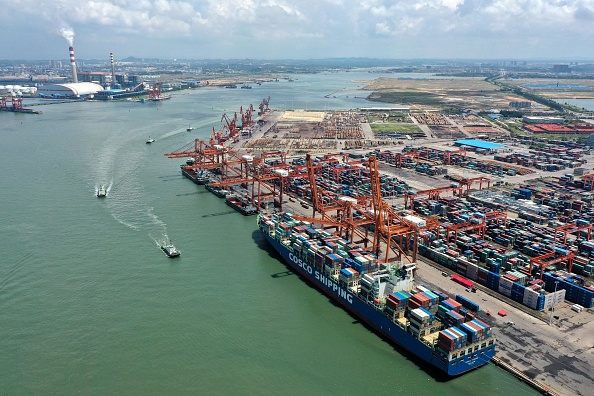 The first contract is for Camco’s BoxCatcher OCR technology, which will be installed on five ship-to-shore (STS) cranes, and another for the gate automation of Qinzhou terminal, China’s first fully automated terminal for sea-rail transportation.

Camco’s sliding BoxCatcher technology will be used for container registration and identification during vessel loading and discharging. The OCR hardware will be installed on the cranes manufactured at the ZPMC Shanghai production facility.

After shipment, the cranes will serve the first automated container berths at the Qinzhou Greenfield terminal located in the China (Guangxi) Pilot Free Trade Zone.

The construction of two automated container berths in Qinzhou terminal has been a major project in the establishment of the New International Land-Sea Trade Corridor in the western region and the Beibu Gulf International Gateway Port.

After the operation of the two berths, Qinzhou terminal will be the fifth fully automated container terminal in China and the first automated terminal applying sea-rail transportation in the country.

The sliding BoxCatcher OCR system will register every container during the vessel loading or unloading at berths N° 7 and N° 8 in the Qinzhou terminal.

The camera slides along vertical rails, mounted on the crane portal legs to allow the BoxCatcher camera to follow the flight path of the spreader,

With a traveling speed of up to 6 m/s and data processing time of 8 seconds per move, the BoxCatcher supports up to 36 moves per hour per crane. Whether it concerns a single, twin, tandem or quad lift, the BoxCatcher system will capture every box, feeding the Terminal Operating System (TOS) with accurate data.

While the reading of the PLC guarantees that images are made at the exact height, the integrated laser scanner adjusts positioning and triggering for any skew and sway during crane operations.

The second contract includes the automation of the terminal gate and yard access processes. The Camco gate automation solution will handle up to 600 trucks per hour, feeding the terminal TOS with accurate date for process optimization.

Camco provides 2X2 OCR Truck Portals In and Out as well as all kiosks for the terminal In- and Out- gates and lanes as well for the yard access. The Camco gate automation solution integrates the Gate Operating System (GOS) software for managing kiosks, OCR portals and access control systems as well as the operator exception handling application.