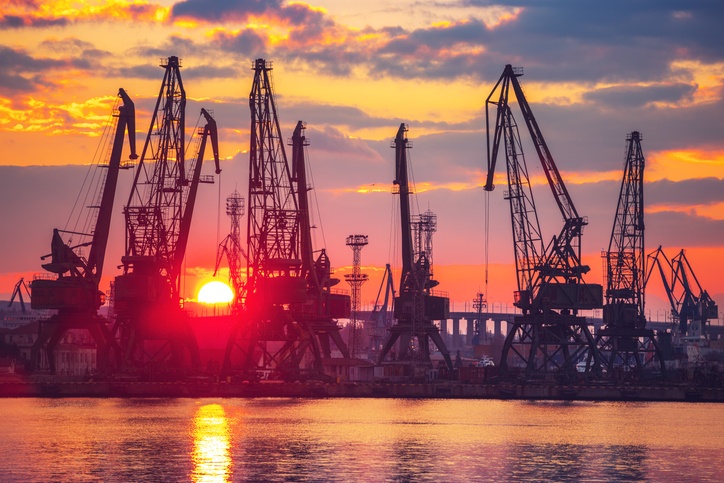 The Bulgarian Ports Infrastructure Company (BPI Co.) has joined the International Port Community Systems Association (IPSCA) as it looks to position the country as a major trade gateway.

As the national ports authority, BPI Co. is responsible for the development and modernisation of Bulgaria’s ports, including the Black Sea ports of Varna and Burgas and the Danube river ports of Lom, Vidin and Ruse. All the ports are made up of numerous public and private terminals.

Becoming an IPCSA member is the best opportunity to benefit from the expertise of other members of the association, according Zabourtov, and will also allow it to enhance the high efficiency of our operations and to improve the quality of services and competitiveness of the Bulgarian ports.

As well as the PCS for its maritime ports, BPI Co. said it is exploring opportunities to implement a PCS for its Danube ports and to enhance their potential in becoming attractive transhipment hubs.

IPSCA said work was already under way to implement a Port Community System (PCS) at the ports in Varna and Burgas, which together handle 35 million tonnes of cargo annually.

Richard Morton, secretary general of IPCSA, said: “We are delighted to welcome the Bulgarian Ports Infrastructure Company as our newest member. We now have a strong representation on the Black Sea, including the Port of Constanta Administration, Romania, which joined IPCSA earlier this year, and our longstanding member PPL 33-35 of Odessa, Ukraine.

In April 2020, BPI Co. awarded a €4.56 million ($5.4 million) contract to the DBA Group SpA subsidiary ACTUAL IT, to develop and supply the PCS. The schedule allows for the new PCS to be fully operational by 2022, according to Zabourtov.

“In addition to its regular activities such as construction, maintenance and rehabilitation of the port infrastructure, wave protection and shore-strengthening facilities, etc.,” Zabourtov said.

“BPI Co. is also responsible for ensuring navigational safety at the ports through traffic control and information support.

“BPI Co. has made serious progress in the digitalisation of information and the implementation of digital systems for shipping traffic management and information services.”

This effort has included the development of the harmonised and technology-neutral European Maritime Single Window Environment. The Bulgarian MSW was developed by BPI Co. in 2010, well ahead of many other EU nations. In 2015, a new MSW software platform was implemented, fully complying with EU requirements.

Implementation will facilitate the electronic information exchange in ports, saving time and money. The commissioning of the PCS will improve the competitive position of the Bulgarian ports and the efficiency of port activities, acting as a neutral and open electronic platform that enables an intelligent and secure exchange of information between stakeholders from public and private sector.

Becoming a member of IPCSA is of “crucial importance” for BPI Co., said Zabourtov. “IPCSA has already created a sustainable environment for attracting good collaboration between the port authorities from all over the world.

“The dynamics of digitalisation and automation require port authorities to start thinking out of the box,” Zabourtov claimed. “The implementation and integration of port information systems, modernisation and expansion of the functionality of traffic management systems combined with the implementation of electronic documents have always been of highest priority for us.

“For this reason, we understand that transnational and cross-border cooperation, strategies and good practice exchange, as well as know-how transfer, are of great importance for ports to become a powerful engine of a prosperous, modern and competitive economy.”