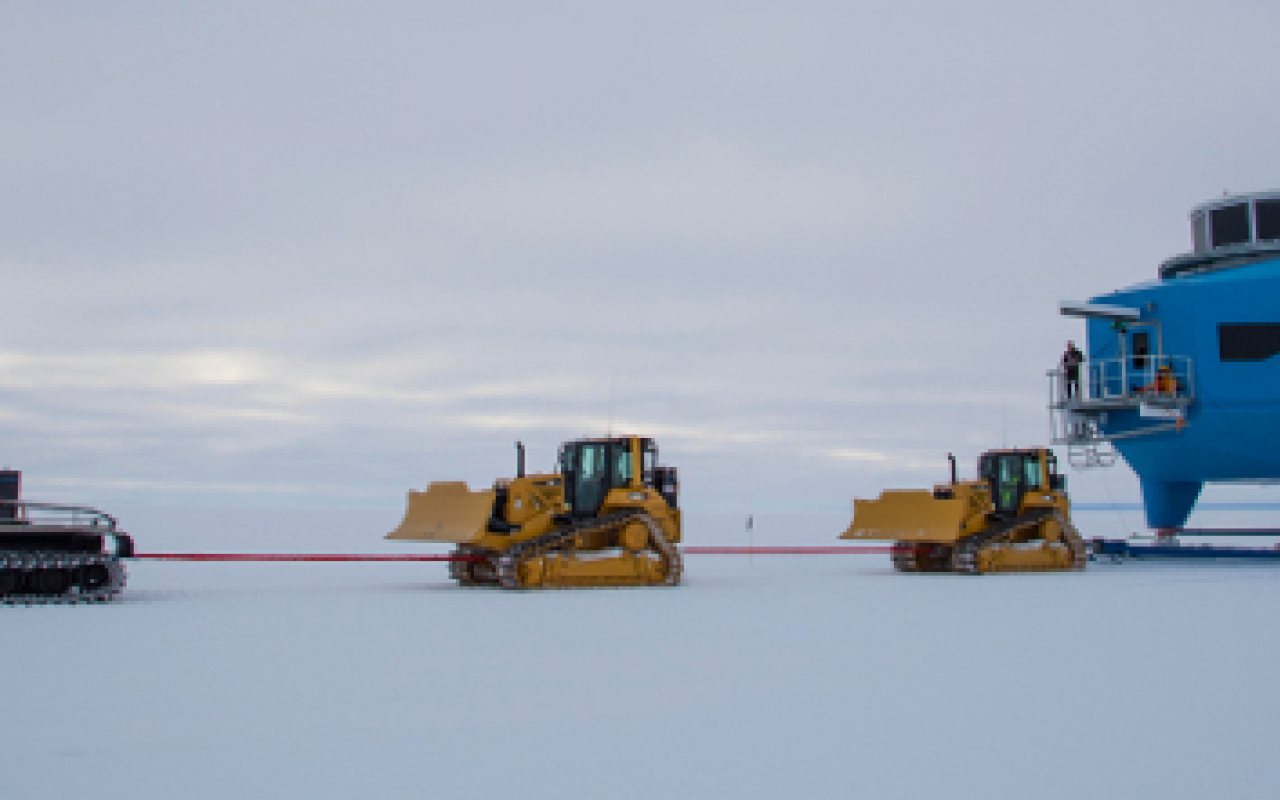 The Halley VI research station, located on the Brunt Ice Shelf in Antarctica, is an internationally important platform for global earth, atmospheric and space weather observation in a climate sensitive zone.

Due to uncertainty over a newly developed crack in the ice shelf on which it sat, the British Antarctic Survey announced that Halley VI would be relocated 23 kilometres away, to ensure its continued safe operation in the future.

Halley VI is the world’s first fully relocatable research station, made up of a series of eight pods that have been built upon huge hydraulic skis, so that it can be moved using specialist heavy vehicles to avoid calving events as the floating ice shelf moves towards the sea.

Although designed specifically for this reason, the relocation project was the first time the station had ever been moved, so three years of meticulous research and planning ensured the project was safety undertaken and ultimately was a success.

Strainstall supplied BAS with its specialist extreme temperature load shackles, along with load measurement specialist Scotload’s SmartLoad wireless technology, to deliver load monitoring information during the relocation and ensure the safe towing of all the modules.

Testing was undertaken down to minus 40 degrees celsius to verify Strainstall’s specialist load shackle performance in sub-zero temperatures, the lowest temperature that any operations would go ahead.

Ben Norrish, Head of Vehicles Engineering from the BAS, said: “The most critical part of the relocation project was the towing operation. We needed to monitor the loads being applied to the modules by the towing vehicles.

“The Strainstall team supported us to find the best solution for the extreme conditions of the Antarctic. We had a limited time window so reliability of the equipment was critical to us.”

Using Scotload’s SmartLoad wireless technology, the load monitoring information was fed directly to the relocation team in real-time during towing operations, to ensure safety and efficiency as they towed all of the Halley VI modules along the identified safe route.

In addition to the live support, the data logging capability enabled the data to be stored and later analysed to help with any potential future relocations.

Ben Norrish concluded: “The Strainstall shackles worked perfectly for all of the towing operations, providing operation critical data to the team and enabling a smooth relocation of the station within the timeframe so we were delighted with the outcome.”

Watch the video below to find out more: