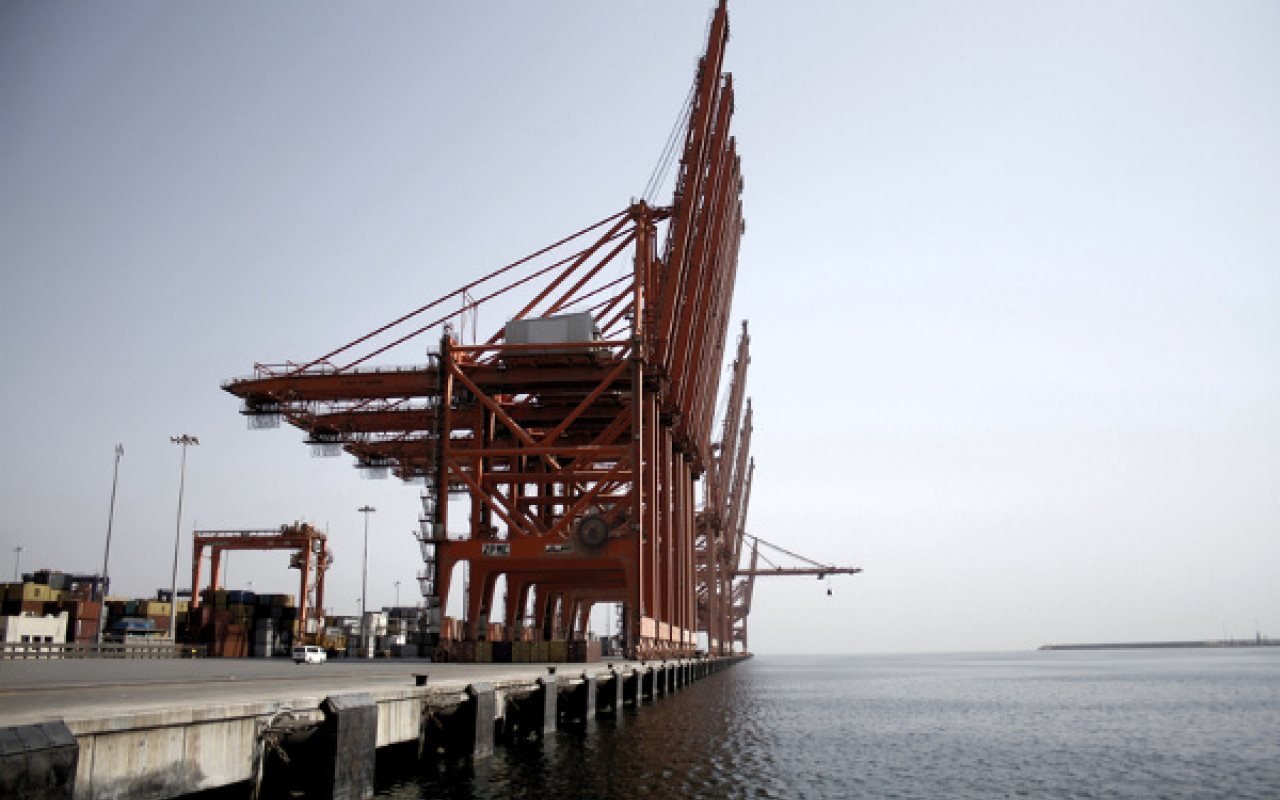 Container throughput at the Port of Salalah, part of the APM Terminals Global Terminal Network, reached 1.584 million TEU in H1, 2016, a 29% increase over volumes handled during the same period the year prior.

The completion of a new deep-water general cargo and liquid bulk terminal in December, 2015 has enabled significant growth.

Some of the container volume growth is the result of Salalah’s proximity to the open sea, and its ability to accommodate the largest of the Ultra-Large Container Ships (ULCS) entering into the Asia/Europe trade lanes. Approximately 90% of Salalah’s container traffic is transshipment cargo movement.

David Gledhill, CEO of the Port of Salalah, said: “The largest vessels regularly calling Salalah are about 16,000 TEU capacity vessels which are normally deployed in the Asia/Europe trade lane, for which port calls are decided based upon the sustained ability to handle ULCS performance levels.”

At present, the largest vessel calling Salalah is the MSC Zoe, which is also the biggest container ship currently in service worldwide, with a capacity of 19,224 TEU.

Gledhill said: “We are seeing a trend of deployment of these large vessels on major trade lanes and we expect to see more of these calls in the near future.”

Approximately 30 container liner services call Salalah on a monthly basis, linking the Arabian Sea facility to all major ports in Europe, the Mediterranean, the US East Coast, East Africa, the Indian Sub-continent, the Red Sea and Arabian Gulf.

Gledhill continues: “With the shipping industry witnessing significant changes in terms of structure and alliances, we have seen enhanced connectivity to East Africa, Somalia and North Oman in 2016.

“We are actively engaged in discussions with the shipping lines who want to leverage the location of Salalah to increase penetration into regional markets like Yemen, countries around the Red Sea and Iran.”

The new berths are used for discharging grain, loading bagged cement, berthing of the multi-national navies engaged in anti-piracy operation, and for cruise vessels.

Salalah, on the Arabian Sea, is one of the largest container ports in the Middle East Region with a 2015 volume of 2.56 million TEU. The facility also handled more than 7.1 million tonnes of bulk cargo in 2015.

“Cement is exported to the Red Sea and East Africa, Wheat is imported from Australia and liquid exports are predominantly to Europe and Asia.”