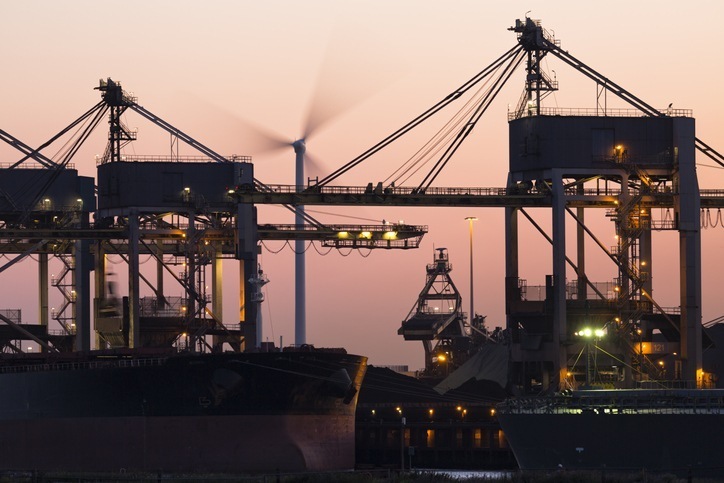 The Port of Amsterdam has said transshipment traffic in the North Sea Canal region fell by 10% year-on-year (YoY) during the first six months of 2020 due to the effects of the COVID-19 pandemic.

In a statement, the Port said it carried, along with Ijmuiden, Beverwijk and Zaanstad, 48.7 million tonnes between January and the end of June 2020, compared to the 54.6 million in 2019.

Amsterdam’s own transshipment traffic fell by 12% YoY from 45.2 million tonnes to 39.8 million tonnes, and attributed the drop to the pandemic.

Koen Overtoom, CEO of Port of Amsterdam, said that it was “the first time in years” it had seen a drop in transshipment traffic, and described the decline as “significant”.

However, the Port is “not pessimistic”, according to Overtoom, and that its “vital infrastructure” means it remains vital for trade and development in The Netherlands’.

“As vital infrastructure, we have continued to manage shipping traffic and to handle cargo flows, without letup,” Overtoom said.

“We have thereby contributed to keeping the country and the economy running.

“Our distribution clients in particular have had a strong six months, with the distribution of foodstuffs and packages.

“The market for transport fuels (petrol, kerosene etc.) is now recovering. It is hard to say what the second half of the year will look like.

“The fuels market is too fickle for that, and the impact of the coronavirus is uncertain.

“We do anticipate that in the current conditions the shortfall in volume for the year as a whole, will remain limited to the level that we have seen in the first six months.”

Cargo traffic of all kinds fell, including containers, liquid and dry bulk. Container transshipment fell by 31.6%.

This cargo flow had grown steadily in recent years, partly as a result of the focus of the port of Amsterdam on short-sea lines. The decline can therefore also be attributed to the coronavirus, which resulted in scheduled services being partly suspended.