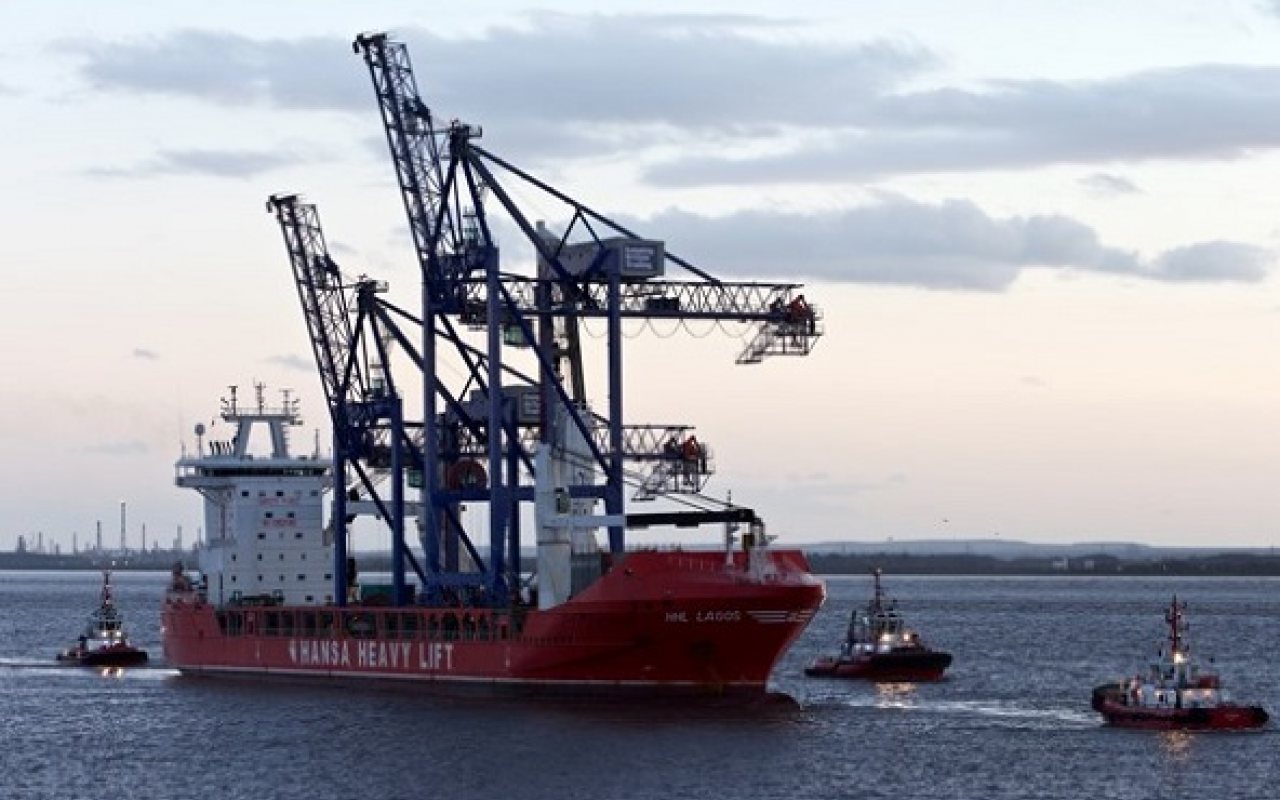 The arrival of two ship-to-shore (STS) cranes worth US$ 14.7 million (£10.5 million) will enable ABP’s Hull Container Terminal to handle double the volume of trade by increasing capacity at the UK port to more than 400,000 units per year.

Giant 600 tonne, 50-metre-high STS cranes (pictured above) arrived fully assembled through the lock gates on February 15, 2018, marking the beginning of a range of new equipment from a $21 million (£15 million) investment.

Reach stackers, tug trailers, and the creation of 9,000 square metres of new storage for customers are also part of the expansion as part of ABP’s commitment to invest a total of £50 million in its container terminals on the Humber, located in Immingham and Hull, in response to continued growth in demand.

Liebherr designed and produced the bespoke cranes over a period of around 11 months in Ireland.

The cranes took three days to ship via a special 168-meter vessel called HHL Lagos, which used a heavy lift crane to move the new STSs onto the quayside crane rails.

Hull’s STSs will be operational by the beginning of April 2018.

During August 2017, the terminal took on 10 new employees in preparation for the increased demand of the 24-hour operation.

ABP’s four ports on the Humber — Grimsby, Goole, Immingham and Hull, handle around 13% of all of the UK’s seaborne trade.

Every year the ports handle £75 billion worth of trade, more than the Mersey, Tyne and Tees combined.

Simon Bird, ABP Humber Director, said: “This major investment underlines our confidence in the future as growth in our container business looks set to continue in the years ahead.

“Across the Humber our container terminals have seen a 41% growth in volumes since 2013.

“Our ambition is to build on this success by continuing to deliver state-of-the-art equipment and first class infrastructure to benefit our customers and the wider economy.”

Read more: Booming trade at Port of Southampton, the UK’s number one port for exports, has prompted ABP to acquire Eling Wharf