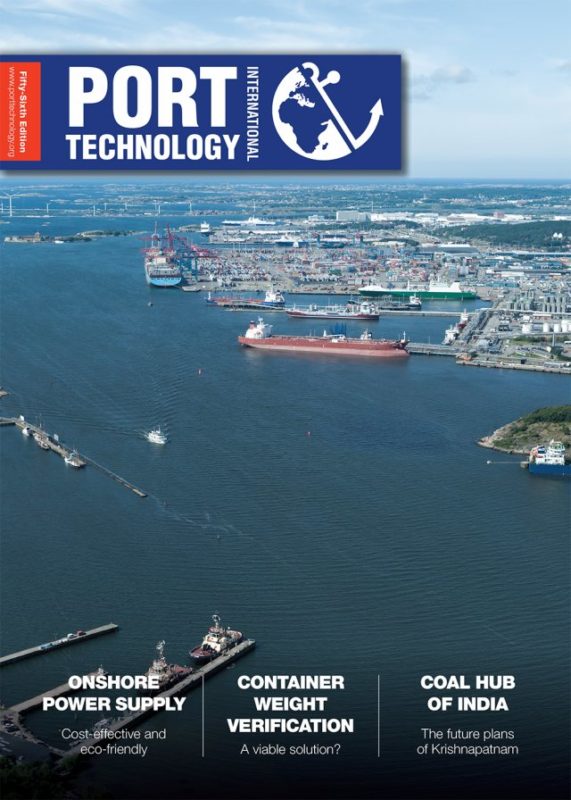 This article’s main purpose is to propose a new method to support the establishment of a first general structural diagnosis that helps managers in their decision making process regarding maintenance on quay walls. Our approach is based on a quick and complete  scan of the whole infrastructure through an integrated multibeam echosounder (MBES) and light detection and ranging (LiDAR) system. The result is a three dimensional (3D) model from which deformation maps, acoustic backscatter maps or vertical and longitudinal profiles are gathered. Armed with a series of these valueadded products, managers can get an idea of the overall condition of the infrastructure that they are responsible for. Therefore, they can better plan maintenance work, focus divers’ interventions and deploy complementary technologies only in problematic areas.

Traditionally, the inspection of underwater sections of quay walls is visual and/or tactile and carried out by divers. However, poor visibility often complicates diver interventions and results in longer inspection times and assessments of lower quality. In recent years, in response to the visibility difficulties encountered by divers, the use of acoustic technologies has emerged naturally. Several tests have been conducted using mechanical scanning sonars (eg. BV5000, Kongsberg MS1000), acoustic cameras or even underwater laser scanners. One limitation of these technologies is the lack of precise underwater positioning. This fact complicates the mosaicking of all individual images and scans collected and as a result the production of a global map of the infrastructure. Structural defects are then incorrectly set, global deformations are not detected and then a recurring inspection, which finds its added value when based on the same reference framework, is compromised. The Port of Montreal has been successful in overcoming the positioning limitation of a Kongsberg MS1000 mechanical scanning sonar by using a complex deployment strategy (see figure 1) but at the cost of a greatly increased inspection time.

Whether visual or acoustic, available technologies show good inspection potential for the detection of rather thin structural defects. However, recognising their respective limitations (short range issues and deployment constraints), these technologies would benefit from being deployed only sporadically in very specific places of the structure where a fine inspection is necessary. This article proposes and seriously evaluates a new quick survey method for accurately highlighting problematic areas of infrastructure and therefore helps managers to better plan divers’ interventions and use most effective deployment of complementary technologies. Like the Port of London and the Port of Marseille, the Port of Montreal uses a MBES system for the inspection of underwater sections. We improved this system by using a LiDAR for the inspection of terrestrial (above water) sections. The two sensors, when mounted on a hydrographic survey vessel, can get a full scan of the infrastructure. Beyond the classical 3D point cloud representation of the scanned infrastructure, we propose to provide managers with a range of two dimensional (2D) products suitable for informed decision making.

The system deployed for the dataset capture (see figure 2) is composed of : a pole-mounted Reson Seabat 7125SV MBES tilted 30 degrees on the starboard side; an Applanix PosMV320 position and orientation unit; a Terrapoint ALMIS-350 integrated system composed of a Riegl Q-140 LiDAR; a NovAtel GPS antenna, and a Honeywell HG1700 inertial motion unit. The lever arms and the mounting angles between the different sensors have been accurately measured by a dimensional control survey of the vessel done with a total station.

The acquisition of bathymetric and topographic data is planned using a survey simulator that allows us, depending on customer expectations, to determine the number of passes required, the distance to the infrastructure, the survey speed and the optimal acquisition parameters. The 3D centimetric positioning is ensured by real time kinematic (RTK) differential correction from a global navigation satellite system (GNSS) receiver located close to the infrastructure.