The Port of Maputo: charting a course for a successful development 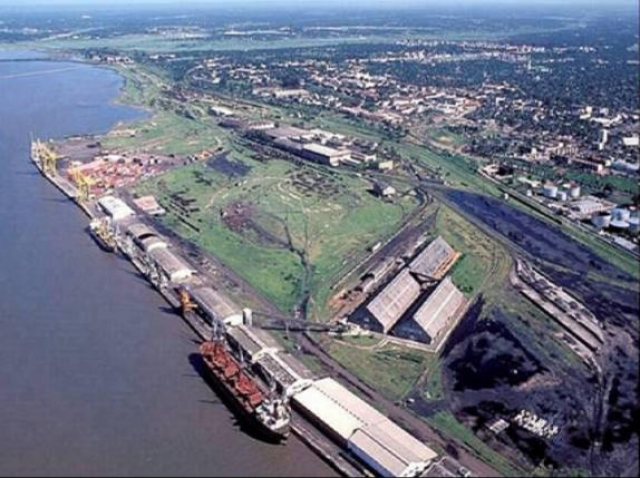 Then the long civil war came. In 1988, the Port of Maputo barely reached 1 million tonnes; infrastructure deteriorated, shipping companies moved their business elsewhere and ports like Richard’s Bay were born and prospered. It was only in 2003, when the Port of Maputo was transformed into a Private Public Partnership and concessioned to Maputo Port Development Company (MPDC), that things started changing. In only nine years, the Mozambique’s capital port grew from 4.5 million tonnes to 14 million tonnes (this expected year’s throughput).

This growth is the result of a massive investment – $291 million by the port’s concessionaires – in the rehabilitation of roads, rail, quays, general infrastructure and acquisition of equipment. However, the most beneficial change was the channel dredging to -11 meters, with a sailing draft above 11 meters. This allowed the port to receive bigger ships and, after the dredging, the Port of Maputo had an impressive growth of 35 percent.

The dredging of the access channel to the port was the first of the many actions included in the Port of Maputo’s Masterplan; an ambitious and dynamic tool, which charts the port’s successful development. According to the updated Masterplan, the Port of Maputo foresees that, by 2020, it will be handling almost 50 million tonnes, with an investment of US $1.7 billion in the coal, container and bulk terminals. The port will also receive channel dredging to -14 meters, berths rehabilitation and also rail, road and warehousing improvements. The coal terminal, for example, is planned to grow from the current 6 million tonnes capacity to 30 million tonnes (20 million of coal and 10 million of Magnetite), and the container terminal will increase from the present 150,000 containers to 400,000 containers (phase one).

Much of the grand design to secure a vibrant future is presently visible only as images, which reflect the foresight of those who have launched this mammoth 20 year project. But to turn all this into reality, the Port is now working in what the eye can’t see.

In order to make a sustainable investment, the Port of Maputo has been taking time to build its foundations. 2011 and 2012 have seen an unprecedented alignment between all stakeholders, including the Mozambican Ports and Rails Company, Caminhos-de-Ferro de Moçambique (CFM), the National Customs Authority and the National Institute of Hydrography and Navigation (INAHINA). These stakeholders, amongst many other tasks, control all navigational aids in the access channel to the Port of Maputo, and all play a fundamental role in the achievement of the Masterplan’s
strategic objectives.

The Port of Maputo has a geostrategic location, relative to key markets – the main mining regions of South Africa, Swaziland and part of Zimbabwe. This gives the port a strategic, competitive advantage in comparison to neighboring ports, who are struggling with congestion. Most of the mineral cargos are transported to the port by road, even though they are more rail oriented. This poses numerous issues, such as road congestion, road maintenance and environmental problems. Today, there are about 1,200 trucks moving in and out the port every day. Very soon, with raising demand, this number will double, if cargo is not moved by rail.