Terminal Automation: Beyond the Trend

Let’s talk about an Industry with doubts. Over the past few years, automation in this industry has been often treated as a “trend”.

Something that could pass over time, something that is somehow optional. However, the evolution of almost all other industries in the last decades proves that this is not just an optional feature. We cannot consider automation just a possibility when designing a new Terminal or when we need to improve performance on existing ones. Introducing automation is not a trend, it is just the way our world operates at every level today and our Industry is a key part of the world we live in.

Terminals will need to continue to add different levels of automation to be able to compete and be efficient now and in the future. We must move beyond the
doubts surrounding whether automation is the way forward and ask why those doubts are there in the first place.

The Race to Automation

Automation for the automotive industry started as a revolution in 1913, when Henry Ford introduced the production line. Since that moment there has been a steady evolution in car manufacturing techniques that have taken us to the current modern, robotized factories over the course of more than one hundred years.

The evolution of automation in our Industry is different: it was not until 1968 that the containerization was regulated by international standards but…what about the “production line”? The processes that handle containers inside a terminal have been kept more or less intact since then and there has been no sense of “industry standard” automated processes until recent efforts by some major Terminal groups or associations like the Port Equipment Manufacturers
Association (PEMA).

We need to advance in a few decades what others have done in more than a century. Moreover, despite being more advanced in the approach to automation, hardly any other industry feels the need to introduce “fully automated” factories. In fact, car manufacturers are very reluctant to introduce major changes to their manufacturing processes. They prefer to act over small stations that, once automated, have a big impact over the global efficiency. The container terminal industry seems somehow in a race to achieve excellence by fully automating all the processes possible.

Orbita provides insight into automation and its use in ports and terminals today. 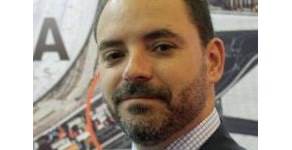