Potential for emission-free drives for vehicles in ports 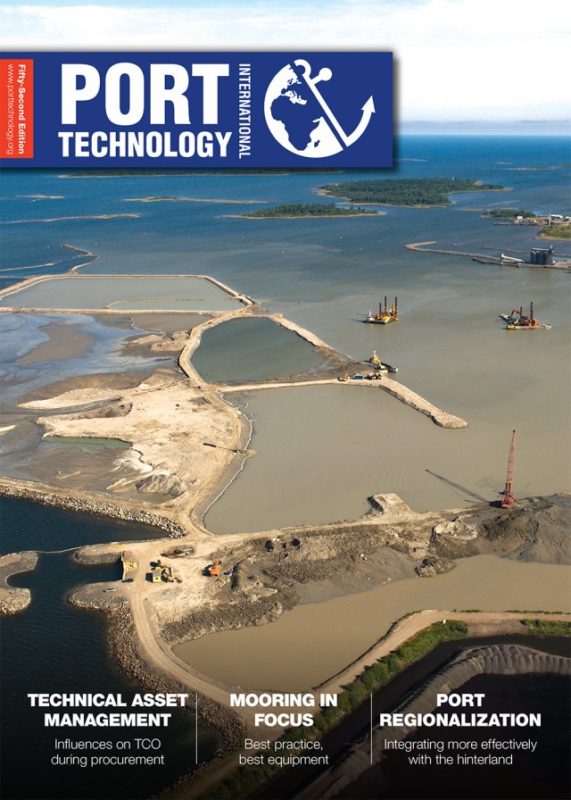 Electrically powered mobility is a topic that is uppermost in everyone’s minds and the objective of numerous research and development programs. In the field of personal and commercial goods transport on public roads, electrically powered vehicles have not been able to make much of an impression due to the low energy density and high investment costs of today's batteries. As well as the challenges faced by vehicle designers, there is the additional issue of finding solutions for the infrastructure to enable the batteries to be recharged, and to adapt the technology to the typical habits of human users. In stark contrast to this, we have seen battery-powered drives in use in handling machine applications for many years, but even here there are opportunities for introducing new concepts for additional, improved areas of use.

Container transport via maritime and river ports is an indispensable factor in our global economy. To be able to handle annual volumes of hundreds of millions of containers, highperformance machines such as container gantries and stacking cranes are used alongside innumerable heavy vehicles for horizontal transport within the container terminals. Depending on the handling strategy applied at a terminal, various types of vehicle systems are in daily use, such as straddle carriers, reach stackers, and driverless transport vehicles, also termed Automated Guided Vehicles (AGV).

In contrast to the cranes, which are electrically powered as a rule, heavy vehicles for horizontal transport are usually powered by diesel engines and consume large quantities of fossil fuel. This causes a corresponding negative impact on the environment in terms of high levels of noise emission and high local toxic concentrations. It is for this reason that leading international maritime terminals in Europe and North America are currently in the process of making sustainable improvements to the environmental compatibility of their terminals. Terminal operators are well aware of their responsibilities, which is why many companies already include details of their carbon footprint in the reports they publish.

Gottwald Port Technology GmbH (Gottwald), a subsidiary of Demag Cranes AG, has set itself the task of developing a transport vehicle which is free of local emissions, offers the same efficiency as a vehicle with a diesel engine, but can be operated as economically or better. In doing so, Gottwald has opted for an electrically powered Battery AGV, whose drive technology is based on proven diesel-electric vehicles. Recharging traction batteries can take several hours, so to prevent the charging time having a negative effect on system productivity the machines incorporate a battery-changing concept, which enables the battery-changing and recharging procedures, and the container transport itself to be fully automated.

From a battery-powered test vehicle to a mature prototype

Gottwald AGVs are heavy transport vehicles with a payload of 60 tonnes and a total laden weight of over 90 tonnes, and operate non-stop 24 hours a day in ports and terminals. The vehicles can carry either a single 20', 40' or 45' container or two 20' containers at the same time and achieve speeds of up to 22kph. In transport vehicles of this size and weight, battery operation is something completely new. To minimize development risks, the first step involved setting up and trialing a test vehicle in cooperation with HHLA Container-Terminal Altenwerder GmbH (CTA), Hamburg, a long-term customer of Gottwald. This meant that one of CTA’s 84 AGVs was converted by Gottwald to run on batteries, where the batteries themselves initially were integrated in a standard container on the AGV’s load area. Over the course of extensive tests it became clear that, under realistic working conditions, a battery-driven container transporter is a feasible reality.

During the second step, two battery-powered AGV prototypes and a fully automated battery-changing and recharging station were developed, set up and tested in field tests within the context of a project funded by the German Federal Ministry for the Environment, Nature Conservation and Nuclear Safety (BMU). This funded project also involved HHLA Container- Terminal Altenwerder GmbH, Hamburg; the Institute for Vehicle Technology (ika) at the RWTH Aachen University, and the Institute for Energy and Environmental Research Heidelberg GmbH (ifeu).