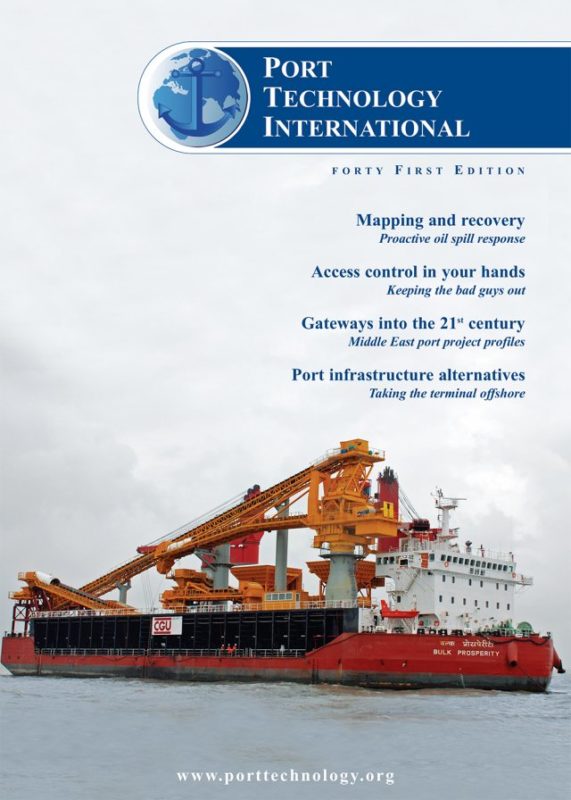 In September 2007, Port of Amsterdam went ‘live’ with the KleinPort Management Information System. The system manages both the deep sea and inland vessel traffic at this busy European port that has approximately 120,000 vessel movements per year. The Amsterdam system, named Pontis, makes extensive use of Electronic Data Interchange (EDI) to automatically create new vessel movements in the system. Dangerous Goods and other cargo details are also received using EDIFACT EDI messages. In addition, the system sends messages to regulatory authorities like SafeSeaNet to keep them informed about vessel and cargo activities. The system also interfaces with a number of service providers at the Port so that all aspects involved in a safe and efficient vessel visit can be coordinated in a single application. Klein Systems was awarded this contract through its parent company HITT NV located in Apeldoorn The Netherlands, and who are the prime contractors to Port of Amsterdam.

In December 2008, Port of Amsterdam received a round of updates to their Port Management Information System, finetuning it to their specific preferences. Recently, Port Technology Inter national had the chance to sit down with Port of Amsterdam’s Hendrik-Jan Oost, the Project Manager responsible for implementing the new system.

Q: What challenges was Port of Amsterdam experiencing before the KleinPort PMIS installation? What were your specific needs out of a PMIS system and compare operations before and after installation of the new system?

A; The first stage in buying any new equipment is running through a checklist of our requirements and accessing what we have to work with and how this will all fit together.

The first question was: are we going to buy a tailored made product or an “off the shelf ” product? The old system was a tailored made MS DOS system; this time around we decided we wanted something more standard. Instead of a custom built MS DOS system, the new system is compatible with Microsoft windows. The old system was very outdated and archaic. The system was heavily texted based; every function you wanted to perform involved using key strokes (F1, F2 etc) instead of simply being able to operate the system visually through the click of a mouse via windows.

A tailored made system obviously has advantages, the biggest problem with interpreting the software of a standard package is that the end user invariably wants to try and adapt their set processes to the new system, it’s hard to get the end user to change the way they do things. Unfortunately tailor made systems are very expensive, both to build, along with the costs for upgrading where necessary and general upkeep to keep the thing running. Standard systems are much more economical and cost effective in this sense.

Another major factor in our decision was that it was imperative that the new system integrated with the ship registration module and the lock module. Port of Amsterdam is different than other ports due to Amsterdam’s canal system and the large sea locks that inhabit the western part of the port area. As part of the shipping process we operate the locks, so it was important that we had functionality to operate the lock module and it could be integrated. This was the big issue for us, as the old system had no sophisticated functionality with the sea locks.

With the new system in place operations are all under one system and everything is running smoothly.