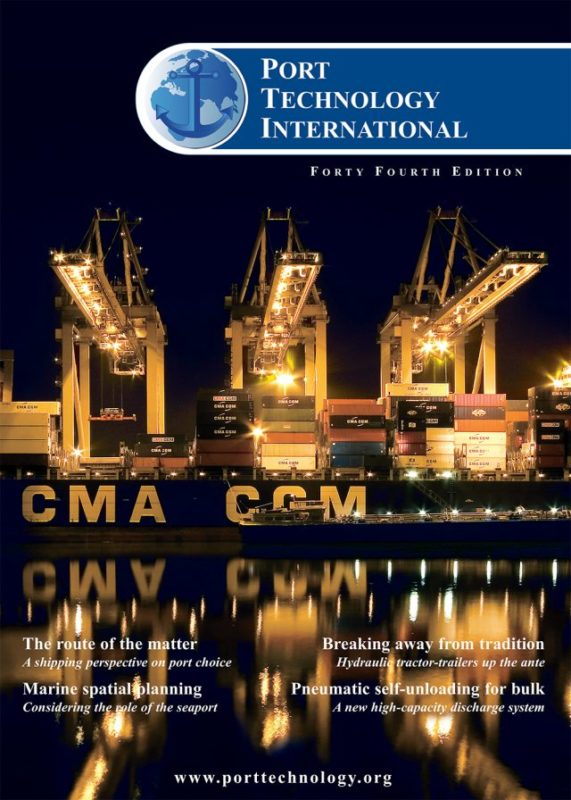 In 2007, the SRI Center for Maritime and Port Security, funded by the US Navy Air Systems Command, began developing a replicable, maritime domain awareness system prototype for Tampa Bay, Florida (Port Technology International, Edition 37). The Center focused on employing and improving current technology as well as developing new, cutting-edge technologies where security gaps existed. Two years into the project, the foundations for land, surface, and subsurface sensor placement are solidly in place.

Tampa Bay maritime domain awareness sensors – today and tomorrow
The SRI team is deploying technology to fill security gaps identified by the community’s maritime stakeholders. Through cooperation with government agencies, private companies, and public organisations, three radar installations now provide coverage of the upper, middle, and lower Tampa Bay. A fourth, long-range radar on the Fort DeSoto Coast Guard Aid to Navigation Station, tracks vessels approaching the channel entrance from as far as 25 miles. Cameras augment the radars and assist with vessel detection and identification. In the spirit of maritime community cooperation, some cameras are specific to the Tampa Bay Maritime Domain Awareness System, while others are feeds received from legacy cameras in the three ports of the Tampa Bay complex.

The Physical Oceanographic Real Time System, developed by the University of Florida and the National Oceanographic and Atmospheric Administration (NOAA), is scheduled for incorporation into a three-dimensional display for lowlatency information on water levels, temperature, currents, and meteorological data for use in economic, safety, and security matters.

Testing and evaluation activities are ongoing for selection of an underwater sonar diver-detection system. This system would be used during increased maritime security conditions as declared by the US Coast Guard Captain of the Port. This generally occurs when a vessel is either carrying certain dangerous cargo or is a high-value asset that warrants heightened security measures. The system also would be used to protect land-based maritime critical infrastructure and key resources (CIKR).

In-water sensors for examining hulls of vessels entering the channel to detect attached explosive or contamination devices are being investigated for inclusion in the Tampa Bay system. On the landward side, development continues on a manportable explosive detection system that uses laser technology to identify elements in many types of explosives. A positive reading is displayed to the operator when the right combinations are present. This, primarily landward system can be used by shipboarding parties and other law enforcement agencies, when checking for explosive devices.