A modern port: Portsmouth upgrades with the future in mind Portsmouth Commercial 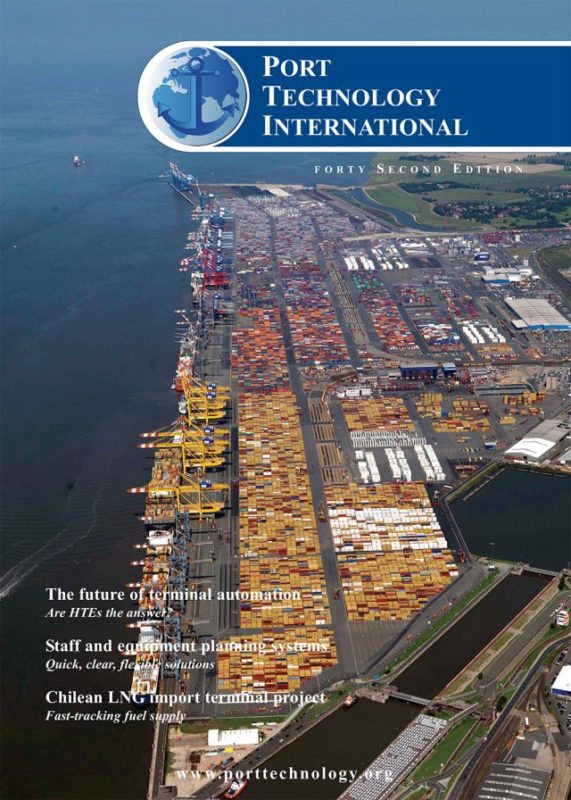 Portsmouth Commercial Port is the UK’s premier ferry port for the western channel and second busiest cross channel ferry port in the UK. It is also the leading port for the importation of the country’s bananas. It is committed to long-term growth through the development of infrastructure and resources in line with market needs.

Owned by Portsmouth City Council since 1839, the Port is the most successful municipal port in the UK and is seen as the centrepiece of Portsmouth’s commercial maritime activities.

The Port comprises of two core businesses: the Continental Ferry Port, which is served by passenger and freight ferries; and Flathouse and Albert Johnson Quays which house MMD Shipping Services.

MMD, which was bought by Portsmouth Commercial Port in February 2008, offers a state of the art fruit importing facility, currently handling almost half a million tonnes of quality fruit a year.

On 29 February 2008, Portsmouth Commercial Port purchased MMD Shipping Services, helping safeguard MMD’s position as a significant importer of goods into the UK, and therefore helping maintain the status of Portsmouth as an important
commercial port.

The Port’s ownership of MMD has also brought strategic benefits to the business, allowing it to develop in line with expected changes to the fruit importing business over the next 15-20 years. In recent months, MMD has seen an increase in larger, refrigerated ships, with a trend towards larger on deck container capacity. Recognising the fruit trade’s needs, MMD has itself made significant investment in mobile harbour cranes, container handling equipment, warehouse facilities and information technology in order to provide for the new ships and their customers. Fyffes and Geest are major customers importing bananas and pineapples. In addition there is an increasing volume and variety of fruits and vegetables being handled for the major Moroccan producers.

Portsmouth Commercial Port is attractively positioned for fruit importers as it’s the first deepwater fresh produce terminal travelling eastward up the English Channel, so many ship owners can go on to second ports on the continent.

MMD is able to offer a fully integrated service to all its customers whereby delivery services are available to meet up with designated ripening centres and retail distribution centres. In addition, it operates a 24/7 service whereby ships can be discharged anytime and warehouses are open all day and all night. This flexibility is vital for fruit importers.

The structure will be supported on a single tubular pile, allowing the remaining six per imeter piles to be installed between ferry movements. Linked to the existing caisson structure by a footbridge, the dolphin will allow port personnel to access the new mooring facility. A mooring platform will be positioned on top of the steel structure which will house a mooring machine capable of remote controlled ‘letting go’. This will provide a safer working environment for staff allowing a greater distancebetween manpower and mooring ropes.

Prior to confirming the location of this new dolphin, Portsmouth Port undertook three computer simulations, with pilots and ferry captains, using latest technologies developed by the aviation industry.

As ships are becoming larger, it was important for Portsmouth Port to make this investment as other ports follow suit. The work is expected to be completed in late Spring 2009, in preparationof the busy summer period.