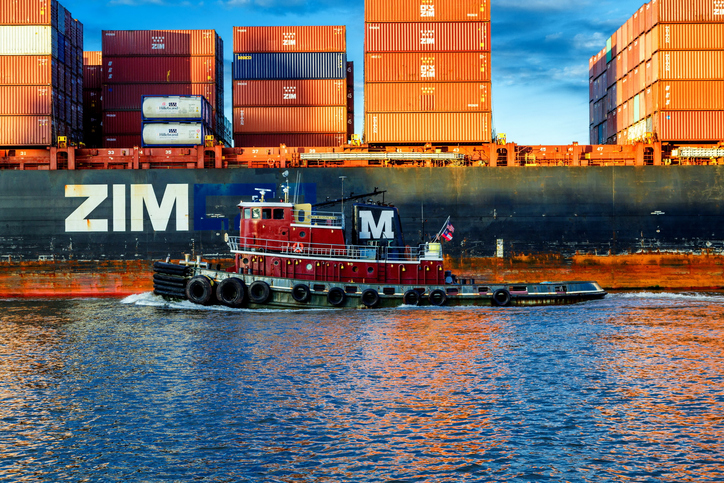 In the fourth quarter of 2021, the company’s revenues totalled $3.47 billion, up from $1.36 billion in Q4 2020. This success was primarily driven by an increase in volumes and freight rates.

Adjusted EBITDA and adjusted EBIT margins for the quarter were 68 per cent and 61 per cent respectively.

Adjusted EBITDA and adjusted EBIT margins were 61 per cent and 54 per cent respectively in 2021.

Net cash generated from operating activities was $5.97 billion, compared to $881 million in 2020.

Some of ZIM’s operational highlights from 2021 include:

“In our first year as the only global container liner listed on New York Stock Exchange, ZIM has achieved historically extraordinary results and executed on commitments made during our IPO process,” said Eli Glickman, President and CEO of ZIM.

“ZIM’s agility and proactive strategies enabled us to unlock significant shareholder value during a time of unique and unprecedented challenges.

“With another quarter of exceptional financial performance, we generated our highest ever full year of revenues, adjusted EBITDA, net profit, and operating cash flows, while once again delivering industry-leading margins. We also ended the year with a net positive cash position and strong financial flexibility.”

“Given our outstanding cash generation in 2021, we decisively allotted capital to support our customers as we strive to provide best-in-class service.

“Importantly, we made sizable investments in equipment to facilitate the movement of cargoes for customers, as well as meaningfully expanded our operating fleet capacity and launched 17 new lines since June 2020, resulting in ZIM’s year-over-year carried volume tripling the global volume growth rate.

“Today, ZIM is commercially and operationally stronger than ever making us more optimistic about our future than ever before. We are excited to carry the exceptional momentum of 2021 forward into 2022, and well beyond.”