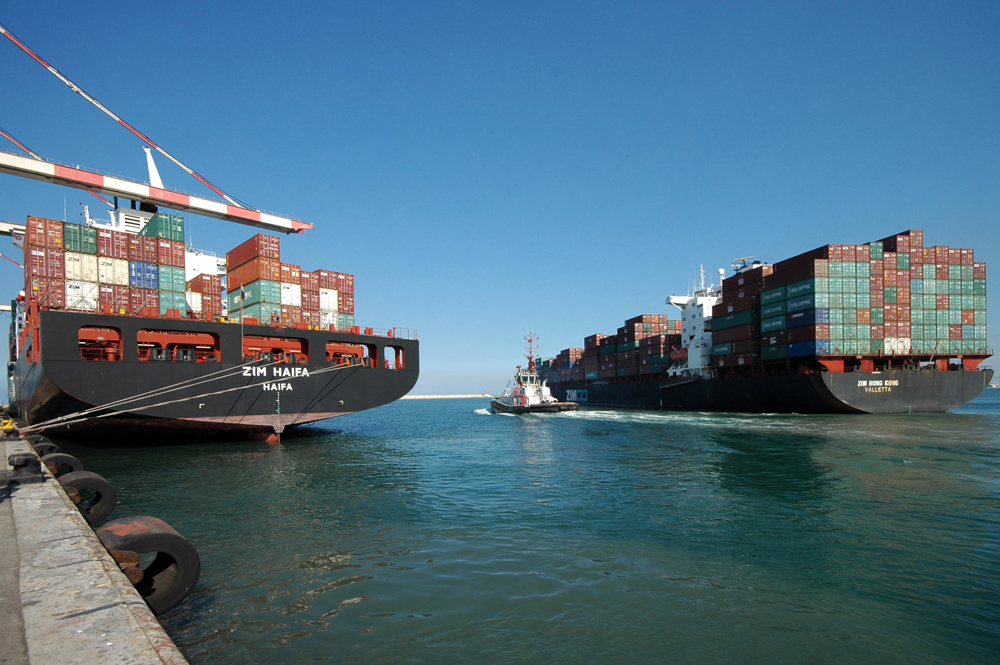 Artificial Intelligence (AI) could pave the way to alleviate bottlenecks in the container supply chain.

This opportunity is being investigated by a new partnership between ZIM Integrated Services Ltd (ZIM) and the Data Science Group (DSG).

The partnership, establishing an AI ‘Centre of Excellence’, will embark on use cases before the end of 2021, applying Machine Learning (ML) and data analytics to shipping operations.

This surge in cargo movement mirrors the severe stress on container availability, with major ports including Los Angeles, Long Beach, and Rotterdam all reporting high empty levels in July and August 2021.

Not only this, but should disruptive supply chain events – think Suez Canal, and ongoing closures due to COVID-19 at Chinese ports – continue to occur, then the domino effect on container movement is devastating.

“Today [in the supply chain] we have congestion everywhere – it’s chaos,” Eyal Ben-Amram, EVP and CIO of ZIM, told PTI.

Shaking up a stagnant container service

“The first place to apply AI is in operational efficiency, mainly in the balancing of empty containers which is a huge problem in shipping. We spend hundreds of millions of dollars every year only to move empty containers from one position to another,” Ben-Amram said.

By using AI to fine tune container repositioning, and shipping line routing and re-routing, ZIM will benefit from the most efficient transfer of containers, optimising the shipping line’s role in the supply chain.

Ben-Amram posited that using AI in combination with ‘smart’ Internet of Things (IoT) sensored containers – already prominent in the reefer sector – in the future every logistics agent will be able to leverage AI solutions to better forecast potential bottlenecks or areas to expedite cargo.

The new partnership will allow the shipping line to double or even triple its capabilities in AI in a short space of time. This is because of the bank of historical datasets from ZIM operations at the DSG’s disposal.

Dr Elan Sasson, CEO and co-founder of the DSG, told PTI, “[Ben-Amram] mentions the container repositioning and fine tuning and routing and rerouting, but definitely in the future we can evaluate other algorithms – such as for fuel consumption models; Expected Time of Arrival (ETA); improving scheduling; automating manual processes; and [optimising] any maritime operation.”

The prodigious potential of improved operations through AI is realised solely because of ZIM’s data-first mindset, according to Ben-Amram.

“We have a strong data infrastructure, collecting real-time information on everything: events scheduled; bookings; electronic bills of lading; historical data, and so on,” he said.

Sasson added that because the DSG has access to strong, clean datasets, it was able to formulate its ‘benchmark’ model for its AI platform in just one month, far faster than the typical three-month benchmark process.

“AI applications are data hungry by definition,” Sasson explained. “We want a lot of data. Here we [have matched] with a company that has been collecting data for so long – but has also invested a lot in cleansing and preparing the data.

“When you present clean data to ML algorithms, you can easily get a lot of insights that you cannot achieve with traditional Business Intelligence (BI) platforms.”

With the partnership, Sasson argues ZIM is “moving from BI to AI” – able to more accurately forecast changes in shipping operations and preventing problems in container movement before they occur.

The data-first mindset is one led from the top down at ZIM, Ben-Amram believes.

“We have built a startup way of thinking inside our team [receiving] support from the Chairman, the board and from the CEO. Everybody understands this in order to survive in our competitive landscape,” he said.

Ben-Amram said a shipping line like ZIM, which transports less than 2% of the global share of containers, “will never be able to compete” with shipping giants such as Maersk or CMA CGM, entering a bidding war for vessels.

“We can be competitive by two things,” Ben-Amram claimed. “We are very agile in business, we [have taken] quick decisions to open new lines and expand – and we also adapt fast to our smart ecosystem.”

He said in the future, using AI to better forecast container and bulk cargo movements through smart algorithms, ZIM can smooth out a static supply chain, improving the bottom line for both the company and its customers.

A glance at industry

Both Ben-Amram and Sasson lamented that shipping and ports have historically been behind other industries in adopting AI and ML technologies.

“I believe when it comes to AI and advanced ML, [the maritime industry] is underserved,” Sasson argued.

Ben-Amram outlined, “In the industry for many years [it was] very operational-focused. The task was to get orders and fill the vessels. And as vessels have become larger, the challenge has been bringing in containers to fill vessels.

“There was very little attention to invest in revenue management, yield management, and operational efficiency. And we are talking about an industry that have costs and incomes of billions of dollars.”

“One challenge the numbers of historical event that you have: compared to aviation, you can have huge amounts of data if you have 10 flights a day from Israel to New York,” he explained.

“When you go by ships, you have schedules once a week, that may change over time. It’s very hard to match.”

Culturally, Ben-Amram added that ports and terminals can bring in experts to open major container terminals that have a lack of a technology background, or vice-versa.

“We see some success stories of IoT in some terminals. Terminals have managed to improve truck turnaround time managed by IoT, . But that’s very sporadic. Only a small percentage is utilising advanced technologies,” he said.

“We need to choose carefully where we want to attack. We are choosing the places of benefit through revenue management – while doing better forecasting, improving the big bulk of operational costs with smart algorithms and connectivity.”