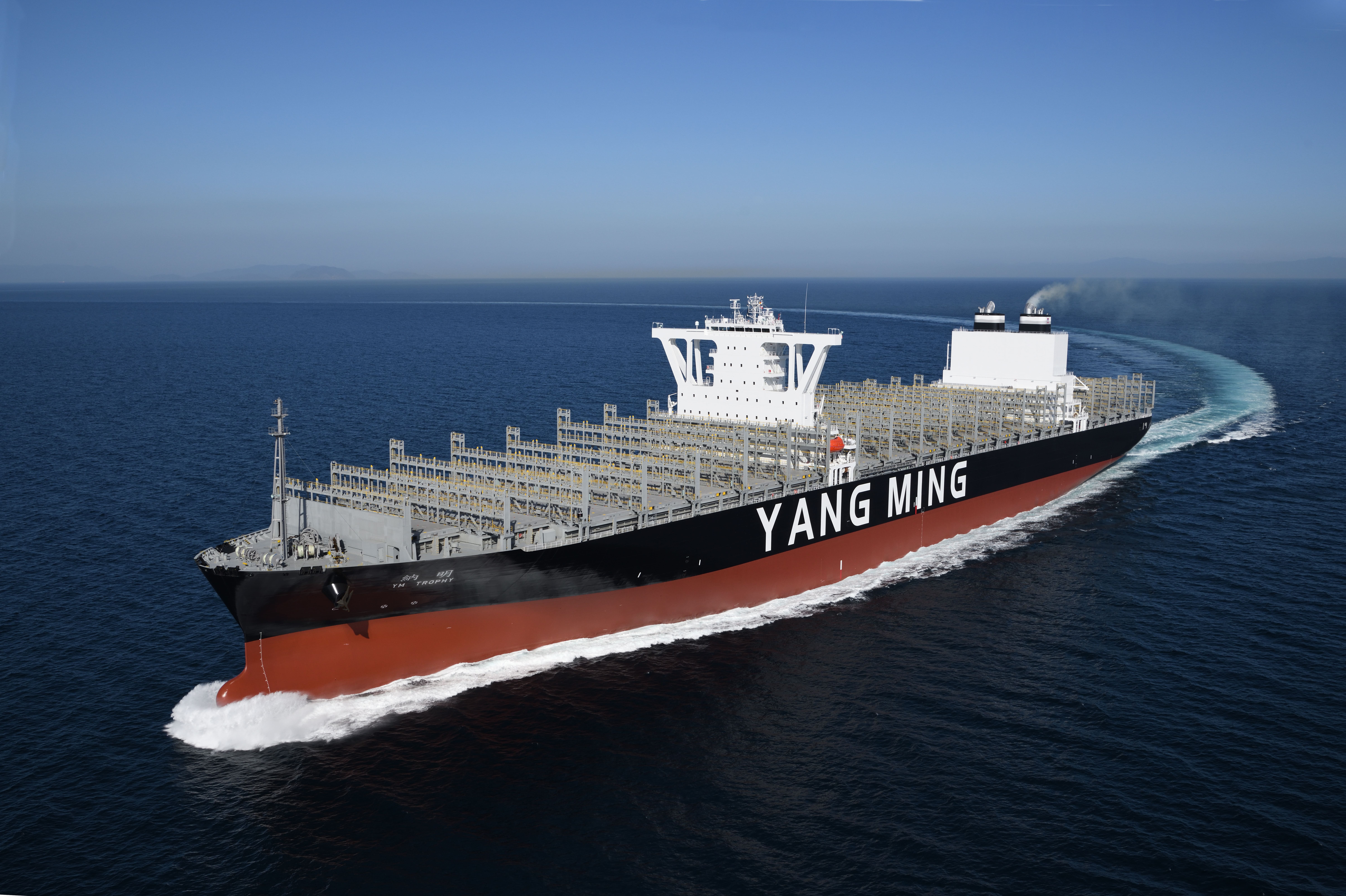 The container ship is chartered from Shoei Kisen Kaisha, Ltd. and was built by Imabari Shipbuilding Co., Ltd.

The vessel will soon be put into service on Yang Ming’s PS6 service to provide efficient transport between Asia and the Pacific Southwest.

Yang Ming recently ordered 14 container ships through long-term charter agreements with ship owners. The YM Trophy is the tenth in the series.

With a shorter length and beam, the ship can maneuver during berthing or departure more easily. These dimensions enable it to call at major ports across the globe and pass through the new Panama Canal with no restriction.

The other container ships from the order will be deployed on Yang Ming’s Trans-Pacific Southwest PS6 service, Trans-Pacific Northwest service PN2 and PN3 and Far East-South America service SA3.

The new additions to the fleet will maximise capacity utilisation, help meet the demands of customers, and significantly enhance competitiveness.