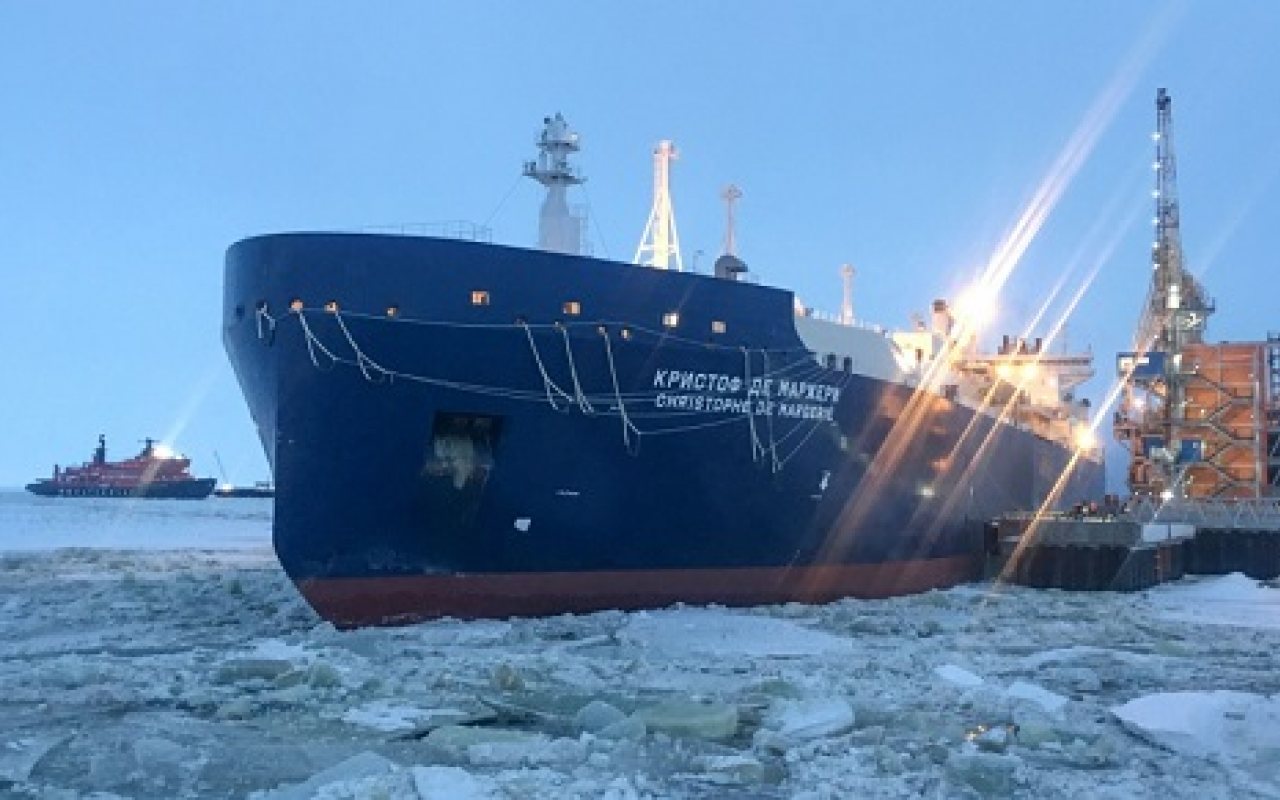 Yamal LNG, one of the world's largest and most complex LNG projects, has appointed GAC Russia to manage its fleet of ice-breaker tankers at Sabetta port for the next three years.

Under the agreement, GAC Russia will handle an estimated 400 port calls every year — 200 in Sabetta and an additional 200 globally.

News of the appointment comes after GAC's successful in-port support since 2015 and the management of last spring's ice trials for the ‘Christophe De Margerie’ (pictured above), a new breed of tanker able to transport LNG unaided year-round.

The sea freezes for up to nine months of the year and temperatures can drop as low as -50°C.

Christophe De Margerie, a 300-metre-long vessel, has a capacity of 172,600m³ and is equipped to operate without the assistance of icebreakers, even in extreme conditions when the ice is more than two metres thick.

This ensures that Yamal LNG continues exports to European and Asian destinations.

The agreement will see a fleet of 15 LNG icebreakers gradually commissioned over the coming two years.

GAC Russia will apply its expertise to every aspect of in-port activities at Sabetta.

In the winter, the Christophe de Margerie takes a western shipping route. In the summer, it travels to Asia by a new northeastern route. Source: Total

This includes permits to operate in Russian waters, sourcing boarding engineers and scientists for the trials, route coordination with the Russian Coast Guard Service and advice on Arctic navigation.

Tatyana Shorokhova, GAC Russia's General Manager, said: “Our work with Yamal LNG is a testament to the array of support GAC can provide in addition to standard services such as Customs formalities, crew transfers, provision of bunker fuels and delivery of ship spares, machine parts and supplies.

“We are privileged to be working so extensively with Yamal LNG on this historic project.

“Coupled with our ongoing expansion into the Russian Far East, this makes GAC Russia the only ship agent with a presence throughout the interconnected Arctic region and the Far East.

“With offices in Nakhodka and Yuzhno-Sakhalinsk, we cover 22 maritime ports in the region.”

Teekay, a marine energy transportation, storage and production company, recently took delivery of the Eduard Toll, the first of six icebreaking LNG carriers that it is chartering to Sovcomflot for Novatek's Yamal LNG plant:

GAC Russia has been on site since the start of the Yamal LNG project when there was no access by land or sea.

Construction began on a regional transportation hub, the port of Sabetta and an international airport in 2011.

Yamal LNG, to date, has drilled more than 200 wells and built three liquefaction trains built, each with a capacity of 5.5 million metric tons.

Each year, nearly 16.5 million metric tons of LNG will transit through the port of Sabetta, destined for customers in Europe and Asia under contracts ranging from 15 to 20 years.

Read more: China’s government has released a white paper that calls for countries around the Arctic to improve international trade by developing a “Polar Silk Road” out of the shipping routes that have opened up as a result of climate change