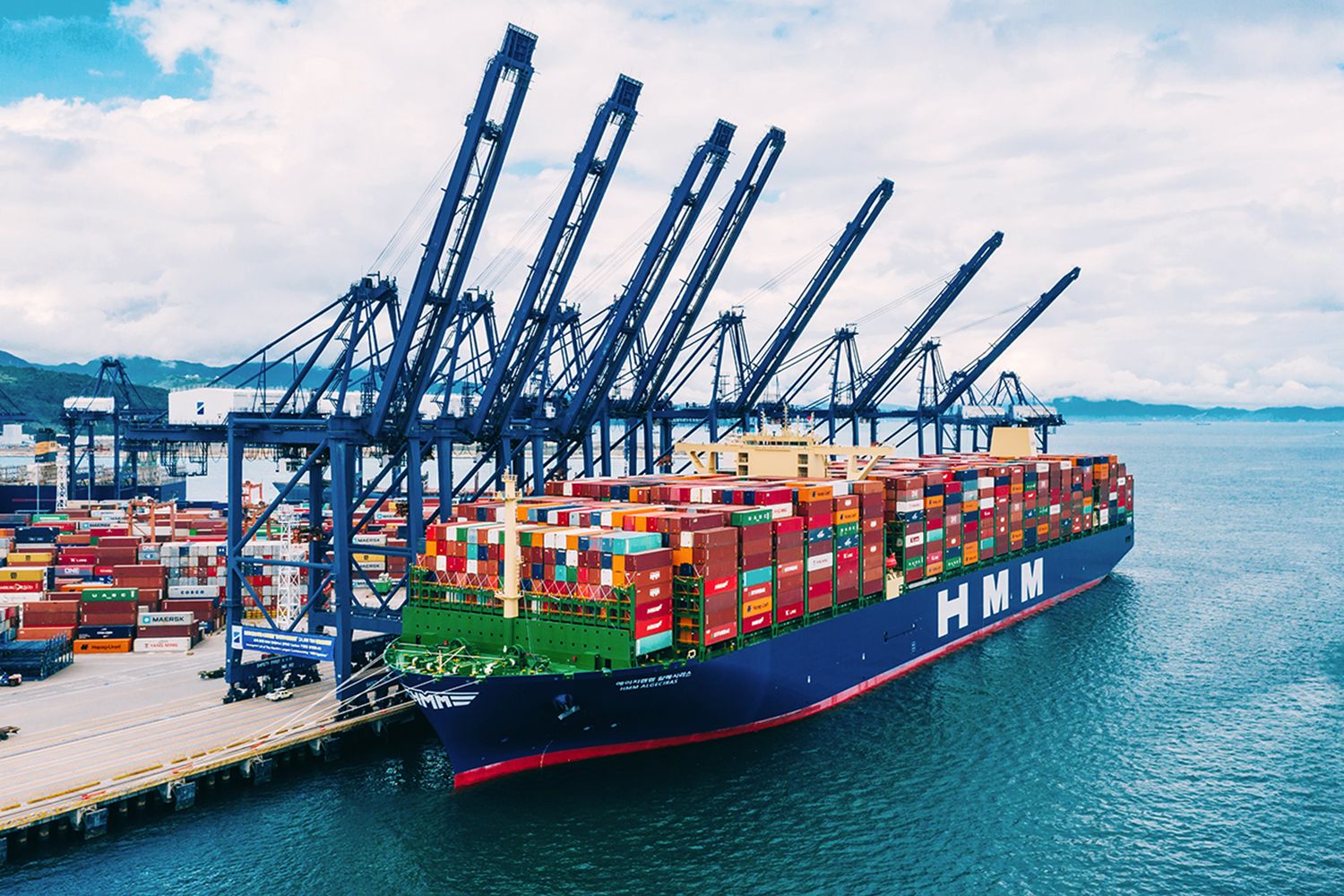 The HMM Algeciras, the biggest container ship in the world, will arrive at the Port of Rotterdam on 3 June 3 2020 in the latest leg of its maiden voyage, according to its estimated time of arrival (ETA).

In a statement, the Port said the vessel will moor at the Rotterdam World Gateway (RWG) terminal at approximately 1400 to transfer containers before continuing its journey.

The 24,000 TEU vessel began its maiden voyage from the Chinese port of Qingdao on 25 April 2020, after which it called at the Port of Busan, South Korea, and then Shanghai and Yantian, both China.

In addition, it broke the vessel utilisation record at the Port of Xiamen, China, when it left port carrying 19,621 TEU, beating the previous record of 19,574 set by the MSC Gulsun on its own maiden voyage in 2019.

At the time of writing the vessel is in the Mediterranean having passed through the Suez Canal for the first time.

It was unveiled by Korean carrier HMM on 23 April, 2020, and is the first of a 11-strong mega-ship fleet, most of which will be delivered this year.

The success of the HMM Algeciras is an example of the strength and vitality of the region’s maritime industry – Southeast Asia has many of the world’s fastest growing ports, while Asia as a whole, in particular China, dominates the global industry.

Furthermore, it also shows how shipping alliances, an idea formulated to utilise resources and maintain standards, help carriers remain competitive. HMM is part of the THE Alliance, along with Ocean Network Express (ONE), Hapag-Lloyd and Yang Ming.

The carrier hopes to lead what it calls the “reconstruction” of South Korea’s maritime industry with its mega-ship fleet, which has been in decline for most of the 21st century.