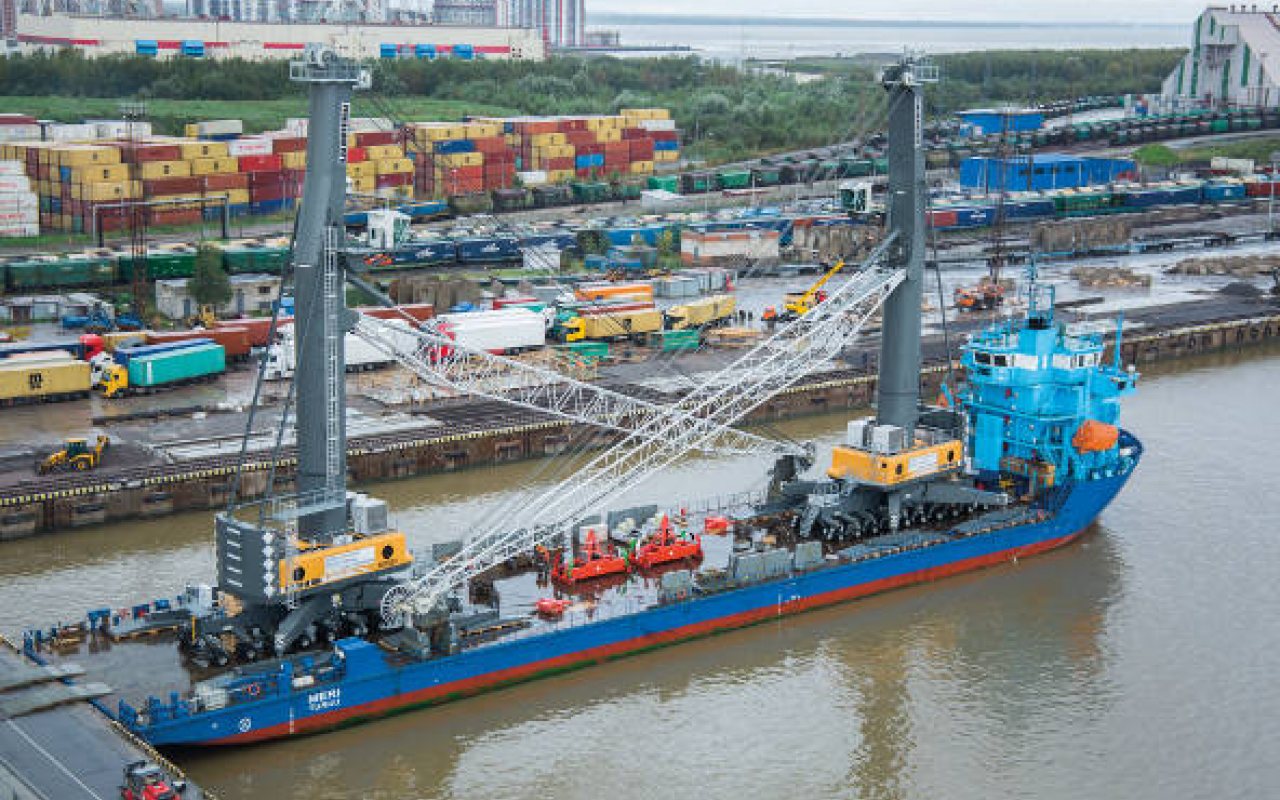 At the end of August, a new Liebherr mobile harbour crane, type LHM 550, the latest investment by Port of Helsingborg arrived at the Västhamnen. The crane was shipped fully assembled by barge from the Liebherr facility in the Port of Rostock.

Niels Vallø, CEO Port of Helsingborg, said: “The crane was ready for operation immediately after rolling off from the barge onto our new quay. Together with the new pier, this state-of-the-art mobile harbor crane provides the basis for further expansion of the container business in the Port of Helsingborg. We increased the container handling capacity by 50%.”

The crane is equipped with a twin lift container spreader that can handle two 20’ containers at the same time. Apart from container handling the crane can be adapted for project cargo and different special lift applications.

Niels Vallø concluded: “The most decisive factor to opt for a LHM 550 is Liebherr’s arrangement of the drive system. The new crane is capable of running either on electricity or diesel, a feature which we highly value. The diesel engine gives us the freedom to move and position the crane at any pier we want. Once in place, we connect the crane to the main power supply, switch on the e-drive and operate the crane with eco-friendly energy.”

Maxim Kim, Area Manager of Liebherr Maritime Cranes, said: “Both cranes are equipped with a low voltage electric main drive. “Plug in and turn the e-drive on. As long you have electricity the crane will work, but also in case you don’t have power there is still the diesel engine ensuring your operation never stops.”

Scope of supply included two spreaders as the main task in the port is container handling. To ease the handling of big vessels the crane is equipped with a 4.8 metres tower extension. Thus, the elevated tower cabin provides the driver with an unrestricted view over the vessel.

Both LHM 550 cranes come in a 4-rope configuration, which means true multi-functionality; with a quick change of the lifting attachment the spreader can be replaced by a mechanical grab, Maxim Kim said: “Within minutes the Liebherr mobile harbour cranes turn into bulk handling machines. In that particular case, the cranes are used for the handling of aluminiumoxid.”

The terminal also benefits from the existing service-setup in St. Petersburg. The huge population of Liebherr mobile harbour cranes in the area can rely on on-site service engineers as well as a sorted spare parts stock for immediate trouble shooting.

PTI recently reported that Liebherr Maritime Crane had delivered the biggest mobile harbour crane of the Caribbean to Kingston Wharves Limited in Jamaica. The LHM 600 is equipped with an elongated tower extension and eases the handling of big container vessels up to Super-Post-Panamax size.