Will congestion in southern California lead to one of the smoggiest periods on record? 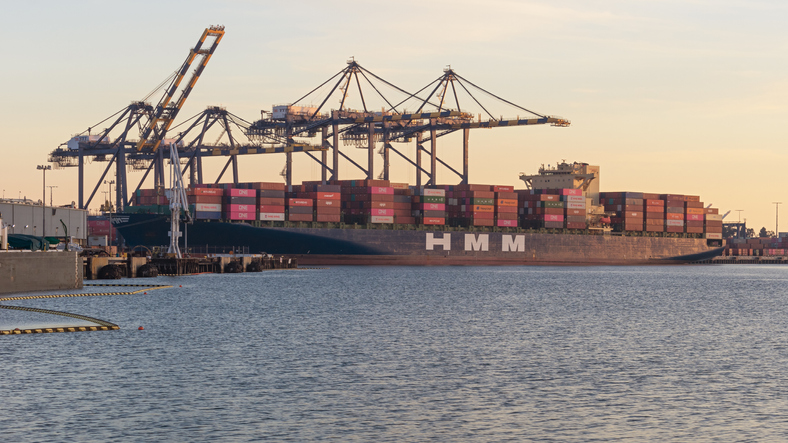 The ongoing congestion crisis in southern Californian ports has led to large number of vessels waiting at anchorage. With these numbers rising, could emissions from these ships lead to one of the smoggiest periods on record?

In a recent article from FleetMon, it was revealed that at the end of 2020 and the beginning of 2021 could have been one of the smoggiest periods on record in southern California, with ships, tugboats, and ferries docking at the ports and harbours in the region contributing to the air quality.

Since, the Ports of Los Angeles and Long Beach have seen a huge surge in demand, leading to congestion and large numbers of ships waiting in the water outside of the ports. The latest update from PTI on this situation saw 79 vessels waiting to berth on 25 October 2021.

FleetMon continued to report that this development has seen an upward curve in air pollution with these waiting vessels pumping harmful fumes into the air and impacting air quality and sustainability progress from the ports.

Due to a lack of data from the ports themselves, the vessel data collection went on to publish a year-on-year analysis of the CO2 emissions by ships in the Los Angeles and Long Beach area. This was calculated using AIS and other maritime data in order to demonstrate the severity of the situation.

PTI reached out to the Ports of Los Angeles and Long Beach: both ports noted they are working hard on reducing their carbon footprint, following recent successes and that the effects of the congestion crisis will continue to be monitored closely.

“The Port of Long Beach has a profound concern in the impacts of operations on surrounding communities. We are known worldwide for pioneering environmental programs, and forging business agreements with our customers and partnerships with local, state and federal regulators that have led to dramatic declines in air pollution for port-related sources,” said Lee Peterson, Media Relations Manager at the Port of Long Beach.

“The 2020 emissions inventory report released this week found that since 2005, diesel soot is down 90%, smog-forming nitrogen oxides have decreased 62%, and sulphur oxides have decreased 97%, all while container throughput has increased 21%. For the first time, our 2023 emissions goals have been met, three years ahead of schedule.

“We share concerns about the effects of unprecedented vessel traffic will have on emissions. However, the queue outside Los Angeles and Long Beach of ships is not the cause of the supply chain disruption. The dearth of warehouse space inland and truck drivers to move goods are among the myriad of issues driving the backups seen at US ports. Nor are smoke-belching ships the primary cause of pollution in the region.

“It is inappropriate to attempt to characterise the level of increase in pollution until the emissions inventory for the current year is completed and there are many more factors at play than ships at anchor. We remain committed to our goals of being an emissions-free port by 2035.”

“The port is working with the federal government, as well as industry partners to identify solutions to improve cargo velocity to try to help relieve these conditions.”

Several initiatives have come into force to help reduce the pressure facing both the ports during this crisis. This has included the City of Long Beach temporarily waiving enforcement of current container stacking and height limits at the Port of Long Beach for a 90-day period.