Why is the Suez Canal so important? 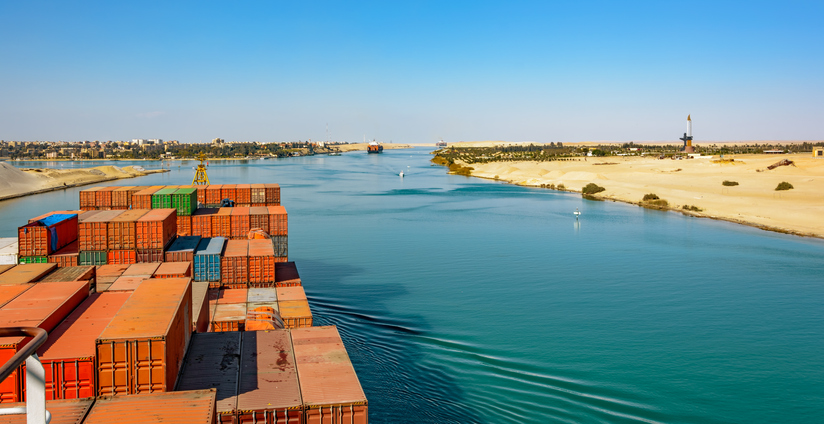 The grounding of the 20,000 TEU container vessel the Ever Green in the Suez Canal has emphasised how important container shipping is to global trade.

At the time of writing, more than 200 vessels are waiting to pass through the waterway as the Suez Canal Authority works to move the Ever Given. This has raised fears of congestion at the ports of destination in Europe and beyond at a time when the global supply chain is already strained.

But why is the Suez Canal so important and what does it play in the movement of goods globally?

Between 10-12% of global trade passes through the Suez Canal, with an estimated 19,000 ships moving through every year. When measured daily, an average of 51.5 move through, according to the SCA, at an approximate value of $3 billion.

Experts have suggested that the current delay is costing $400 million an hour and as a result a growing number of shippers are turning away from the waterway altogether, choosing instead to travel around the Cape of Good Hope or blank (cancel) sailings.

The Suez Canal is a 120-mile-long manmade passage located in Egypt and is one of global shipping’s most vital transoceanic maritime corridors and is a passageway between Europe, Asia and Africa. It connects the Mediterranean to the Indian Ocean via the Port of Said and also major consumer markets with the biggest manufacturing hubs in the world.

It is not only a trade corridor between Asia and Europe but it is also a possible path to growth for aspiring trade hubs in the Sub-Continent and East Africa.

Djibouti on the Red Sea has received substantial foreign infrastructure investment and opened the largest free trade zone in Africa in 2018 as a direct result of its proximity to the Suez Canal. The Port of Djibouti houses China’s sole foreign naval base, such is the region’s maritime importance.

In 2015 the Egyptian government opened a major expansion of the Suez Canal and by building a 22- mile channel parallel to the main waterway, at a cost of approximately $8.2 billion.

The expansion allowed for two-way traffic along most of the route and for larger vessels to transit. This made the waterway more vital as it is one of the few passageways in the world large enough to accommodate the world’s largest container ships and is one of the reasons why the Suez Canal is so important.

The latest fleets of which can now carry in excess of 23,000 TEU; the Ever Given was one of those vessels and the grounding this week has raised suggestions that the Suez Canal might have to be expanded or deepened again. However, Kris Kosmala, Strategic Advisor, Bunker Metric, told PTI that any widening will make the canal shallower and more dangerous, with any real expansion likely to incur major maintenance costs.