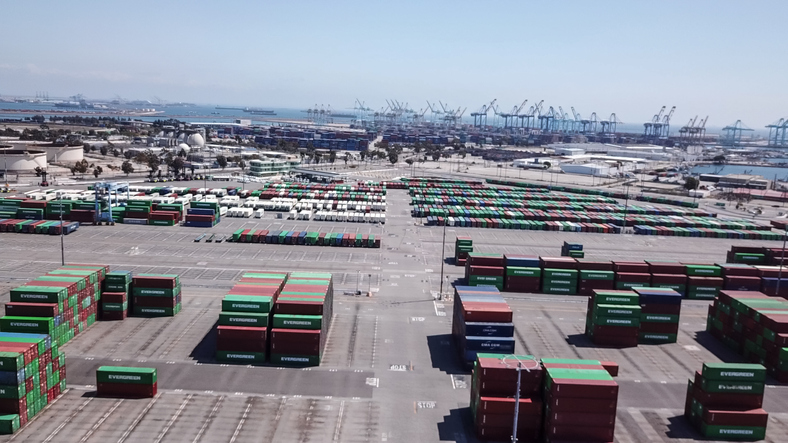 The ports of Los Angeles and Oakland have reported record-breaking traffic data in another sign that the US West Coast is recovering from the worst effects of the COVID-19 pandemic.

Los Angeles said it enjoyed its busiest quarter on record as it handled just over 2.7 million TEU between July and September 2020. It was also the busiest September in its history, with 883,625 TEU passing through, a 13.3 % year-on-year (YoY) increase on 2019.

Another record was the visit of the MSC Oliver, which discharged and loaded more than 30,200 TEUs during its visit in September to APM Terminals Pier 400 Los Angeles. It is the second highest all-time number of TEU handled in a single ship visit at the Port.

Furthermore, 97 cargo vessels arrived at the Port in September, with no cancelled sailings, demonstrating that traffic is resuming from the chaos of the pandemic which saw a number of blank sailings.

However, while the results are largely positive, the Port of Los Angeles’ annual traffic to date for 2020 is down 8.9% YoY.

Ports and terminals in the US have had mixed fortunes since the outbreak of COVID-19 and the West Coast gateways to China suffered the worst effects at the beginning of 2020.

The chaos has driven the federal government to improve maritime and supply chain infrastructure to protect the economy in the event of another crisis.

Executive Director Gene Seroka attributed the Port’s strong performance to its workers and stakeholders and an increase in imports.

“Despite unresolved questions about our nation’s health, economy and export strength, imports have improved significantly after a difficult spring,” Seroka said.

“I commend our longshore labour force, Los Angeles marine terminal operators, truckers and supply chain stakeholders who continue to rise to the challenge throughout this pandemic.”

Imports were also the main driver of growth at the Port of Oakland, which saw its busiest ever September for inbound cargo volume.

The Port of Oakland attributed the boost in imports to US retailers stocking up in preparation for the traditional holiday shopping season.

The Port’s Maritime Director Bryan Brandes said: “Several months into this pandemic, we are now seeing positive signs by these cargo volume total.

“As retailers make sure shelves are well-stocked, we’re waiting to see if consumers begin shopping early this holiday season.”

However, Oakland also said it is seeing retailors hedge against another possible COVID wave in the winter and build up stocks before possible factory closures.