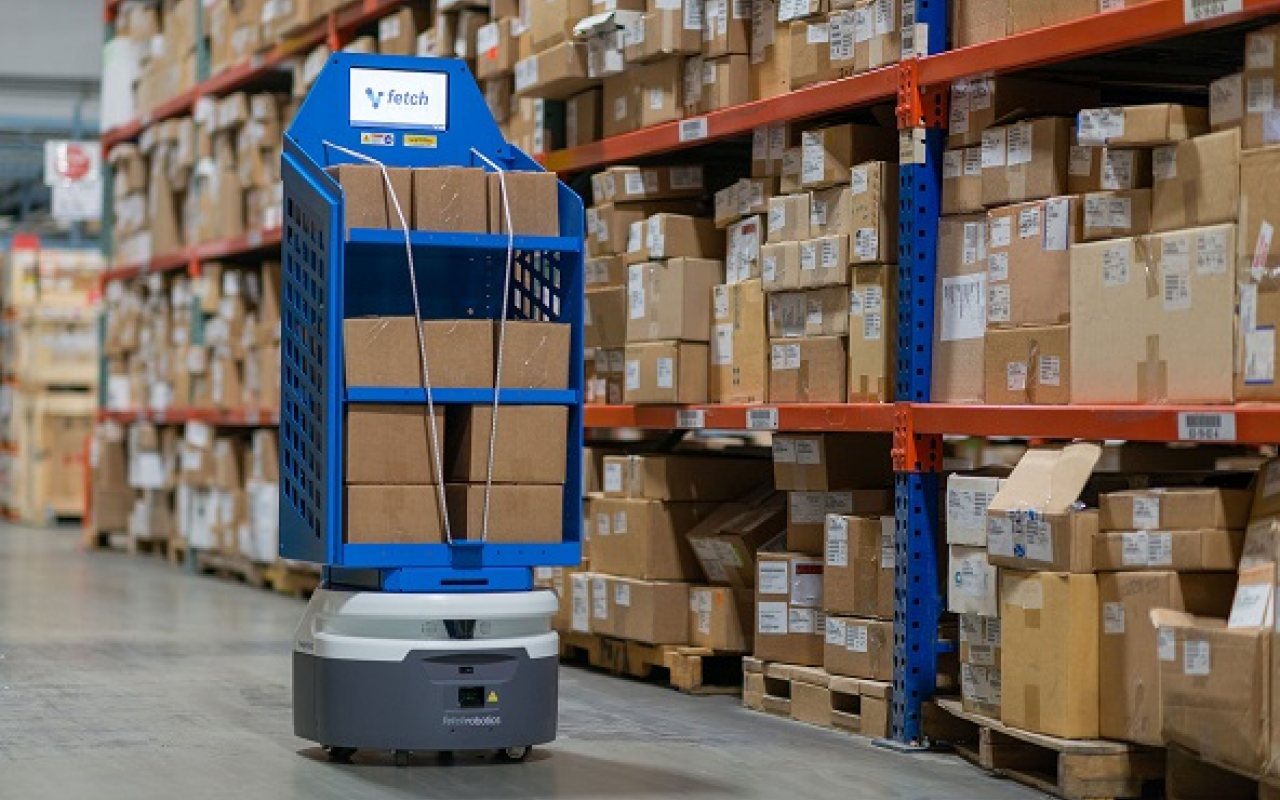 Fetch Robotics, an innovator in flexible warehouse automation, has qualified as one of the World Economic Forum’s ‘Technology Pioneers’.

The World Economic Forum’s Technology Pioneers community are early-stage companies from around the world that are involved in the design, development and deployment of new technologies and innovations, and are poised to have a significant impact on business and society.

The committee based its decisions on criteria including innovation, potential impact and leadership.

The AMRs from Fetch Robotics support multiple applications in material handling and data collection, such as finding and moving anything from parts to pallets in warehouses, factories and distribution centers.

Customers are able to deploy Fetch Robotics' AMRs in a matter of hours, and generate insights from robot data.

The combination addresses the widest range of applications and delivers the fastest time to automation of any solution on the market.

Read a Port Technology technical paper about how the ports of tomorrow will form smart links in supply chains by Wolfgang Lehmacher, World Economic Forum

Following its selection as Technology Pioneer, Fetch Robotics CEO Melonee Wise will be participating in the World Economic Forum Annual Meeting of the New Champions.

Many Pioneers will also attend the Annual Meeting in Davos, in January 2019, and continue to contribute to Forum initiatives in the course of the next two years.

Fulvia Montresor, Head of Technology Pioneers at the World Economic Forum, said: “We welcome Fetch Robotics in this diverse group of technology pioneers.

“Fetch Robotics and its fellow pioneers are front and center in shaping the ongoing Fourth Industrial Revolution and we believe they will be transforming society and industry in a positive way in the years to come.”

“Because our Autonomous Mobile Robots are simple to deploy and safe to use, Fetch Robotics is changing the way businesses think about material handling and logistics.

“It’s no longer a question of robots or humans; it’s robots and humans.”

Find out more about this year’s Technology Pioneers.

ABB has announced that it is introducing a new, intelligent design approach to its robotics that will unlock the full potential of digital factories

Google has agreed to combine its technology strengths with the supply chain and logistics expertise of JD.com and invest US$ 550 million in cash into the Chinese e-commerce giant