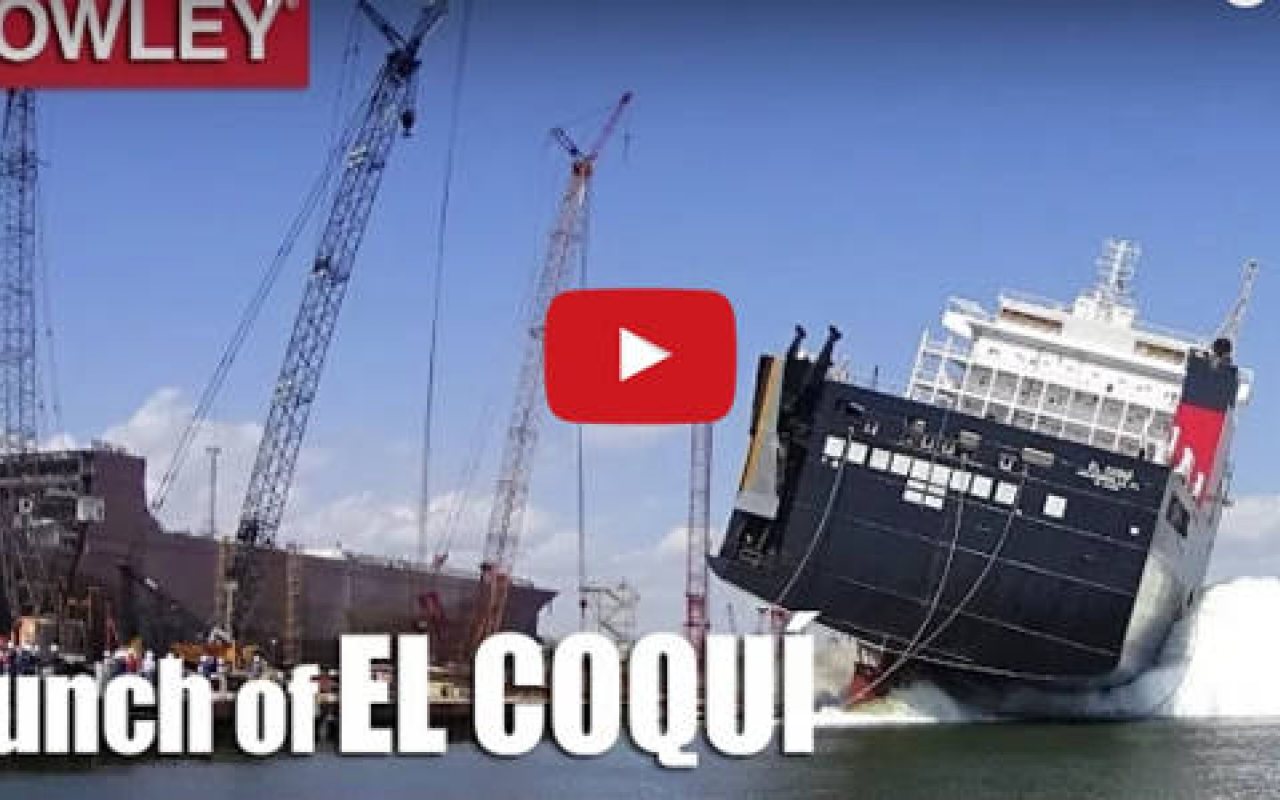 One of the world’s first combination container and roll on-roll off (ConRo) ships powered by liquefied natural gas has been launched in Pascagoula, Mississippi.

Crowley Maritime Corp launched El Coquí on Monday (March 20, 2017) to achieve the first in a series of milestones expected this week as part of Crowley’s US$550 million project to expand and modernize the company’s shipping
and logistics services.

El Coquí will be able to transport up to 2,400 twenty-foot-equivalent container units (TEUs) and a mix of nearly 400 cars and larger vehicles in the enclosed, ventilated and weather-tight Ro/Ro decks.

A wide range of container sizes and types can be accommodated, ranging from 20-foot standard, to 53-foot by 102-inch-wide, high-capacity units, as well as up to 300 refrigerated containers.

El Coquí, named after a beloved frog native to the island, will now proceed through the final topside construction and testing phase before beginning service during the second half of 2017.

Tom Crowley, Crowley's Chairman and CEO, said: “This was a special day for Crowley, VT Halter Marine and all of the men and women who designed, and who are constructing, this world-class ship.

“We are extremely appreciative of all the work that has been accomplished so far and look forward to the successful delivery of El Coquí later this year and her sister ship, Taíno, in the first half of next year.

“The ship launch also marks the beginning of a very momentous week for Crowley and our Commitment Class project.

“We are expecting the arrival of three, new gantry cranes at our new terminal pier in San Juan later this week, and two, 1-million liter cryogenic tanks at our LNG bunkering facility being built at the Port of Jacksonville, Florida.

“Altogether, these investments epitomize the strong, long-term commitment we have to serving our customers and the people of Puerto Rico with the most modern and efficient supply chain services in the trade.”