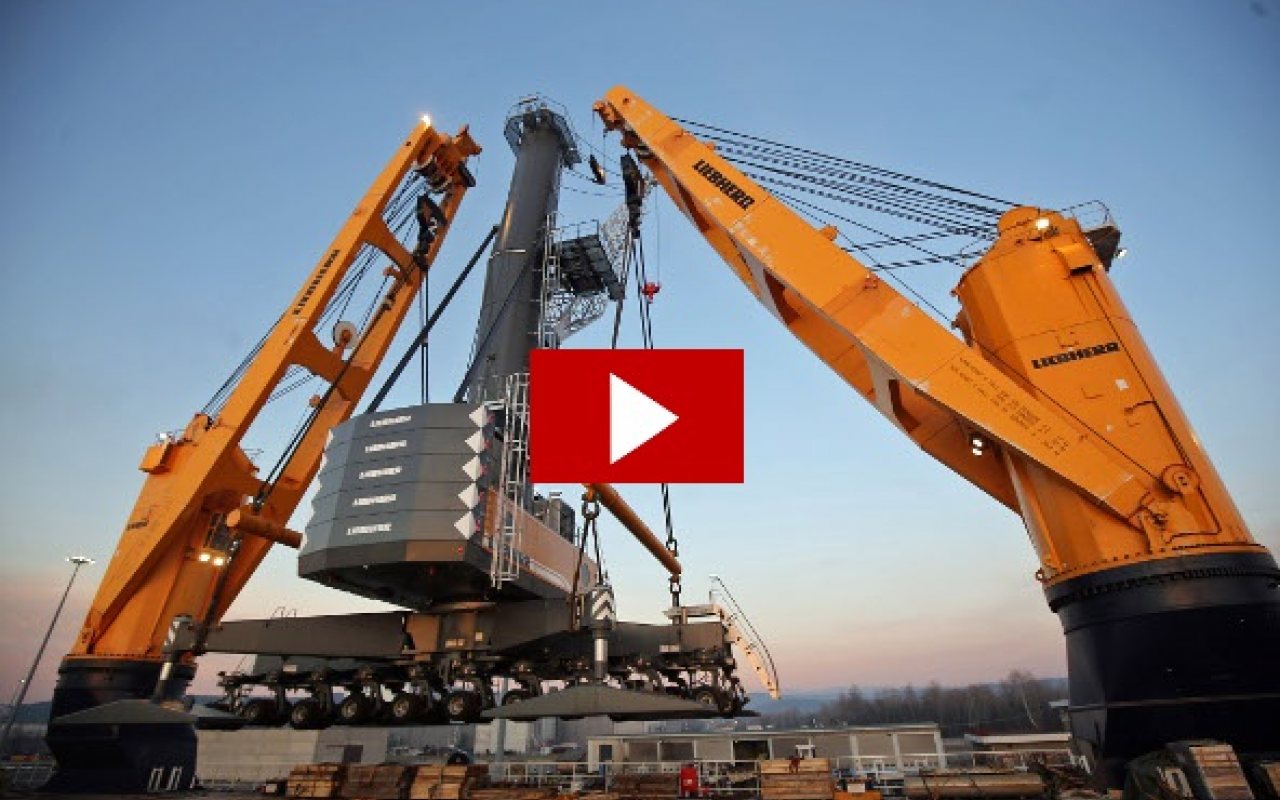 Liebherr Maritime Cranes has reported on its very own “Italian Job” after delivering a total of nine mobile harbour cranes, four reachstackers, three rail mounted gantry cranes and one ship-to-shore container crane to various ports in the country during 2016, breaking its record for maritime equipment deliveries.

The fleet of Italian units, some of which can be seen loaded onto a vessel in the video below, are mainly being used for container handling to cope with the constantly rising containerisation of goods. The company has seen the highest demand come from cranes designed for the handling of Panamax and Post-Panamax vessels.

Pieter Vuylsteke, sales manager for Liebherr’s European market, said: “The recent boost in LHM crane orders is probably the most impressive testimonial of our continuous market penetration via our regional sales office in Ravenna. With this number of deliveries, 2016 definitely is a benchmark for our future sales ambitions in Italy.”

New equipment all over Italy:

Read about Liebherr Maritime Cranes in the PTI Supplier Directory

Romano Magnani, Technical Safety & Security Manager at TCR, said: “Like all new products, the specifications provide for the latest available technology, with many advanced features even compared to our 2014 model.

“Naturally, the new crane comes with the excellent environmentally friendly enhancements, fit for a 21st century industry, something that was high up on the list of priorities during the selection process.”

After placing an additional order for a Liebherr ship-to-shore container crane, Milena Fico, Director and General Manager of Terminal Container Ravenna, said: “The market is very positive about TCR’s customized approach to personal service and flexibility and the new investment both in yard and ship-to-shore crane equipment can only enhance this further for the longer term.

“We are really satisfied. Liebherr has proven to be a reliable and cutting edge supplier able to give fast and efficient responses.”

The terminal operator Sapir Group S.p.A. also took delivery of an LHM 600 to support its mobile harbour crane fleet of one LHM 550 and three LHM 400s with another reachstacker going to the Port of Salerno for the company Amoruso S.P.A.

Liebherr predicts that for 2017 “the positive trend shall continue” as an upcoming delivery of a gantry container crane is already secured and “additional projects” are in the pipeline with orders for mobile harbour cranes secured and more Italian customers discussing orders for reachstackers to perform toplift and intermodal operations.