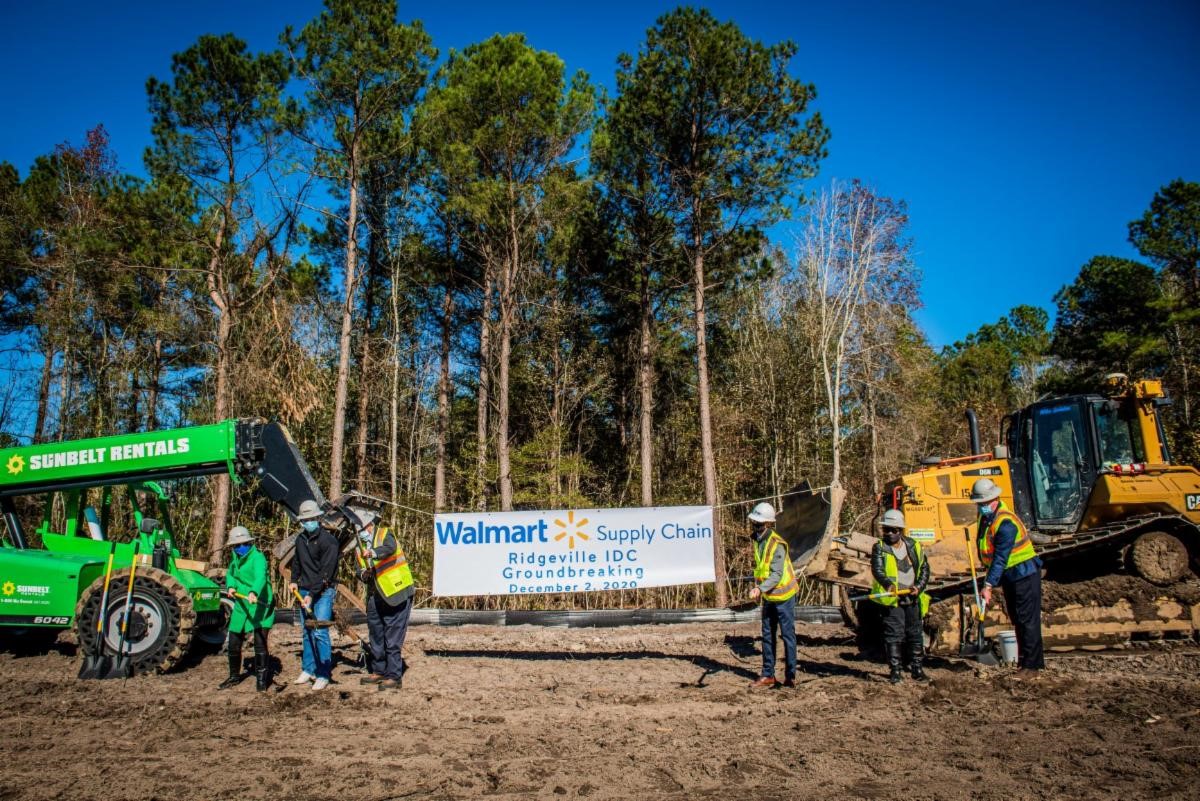 Walmart has broken ground on a three million square foot import distribution centre near the Port of Charleston, according to a statement from the South Carolina Ports (SC Ports).

The Walmart Ridgeville Import Distribution Center will supply several regional distribution centres, which will support approximately 850 Walmart and Sam’s Club stores across South Carolina and beyond.

Once fully operational, the distribution centre is expected to increase volumes at the Port of Charleston by 5%.

“We will support the investment by efficiently handling Walmart’s imported goods. Walmart is at the cutting-edge of supply chain sophistication and performance, and their confidence in us speaks volumes.

“This investment is a signal to the major retailers that we’re prepared to be a force in retail distribution and that we can handle their requirements.”

“Having this world-class company choose our market for its retail distribution center showcases South Carolina as an ideal place for retail companies to do business.”

SC Ports purchased the 1,000-acre Ridgeville Industrial Campus in 2018 with the goal of creating a site for port-dependent businesses to locate.

The U.S. Department of Transportation recently awarded SC Ports a nearly $22 million grant to build infrastructure at the site for current and future tenants. Walmart is the site’s first tenant.

US Senator Lindsey Graham said he was “very appreciative” of Walmart’s decision to build its new distribution centre near the Port of Charleston.

“We have much to celebrate as construction begins on their 3-million-square-foot distribution center, which will boost port volumes by 5%,” Lindsey said.

“The SC Ports Authority is the backbone of our state’s economy, with port operations creating 1 in 10 jobs for South Carolinians.

“This new facility will create even more positive economic activity in the region and is terrific news for all of South Carolina.

“Walmart represents a business model breakthrough for the port, enabling the port to harness growth opportunities that, just months ago, didn’t seem possible.

“This growth reinforces the importance of deepening Charleston Harbor to 52 feet, which we will achieve in 2021.”