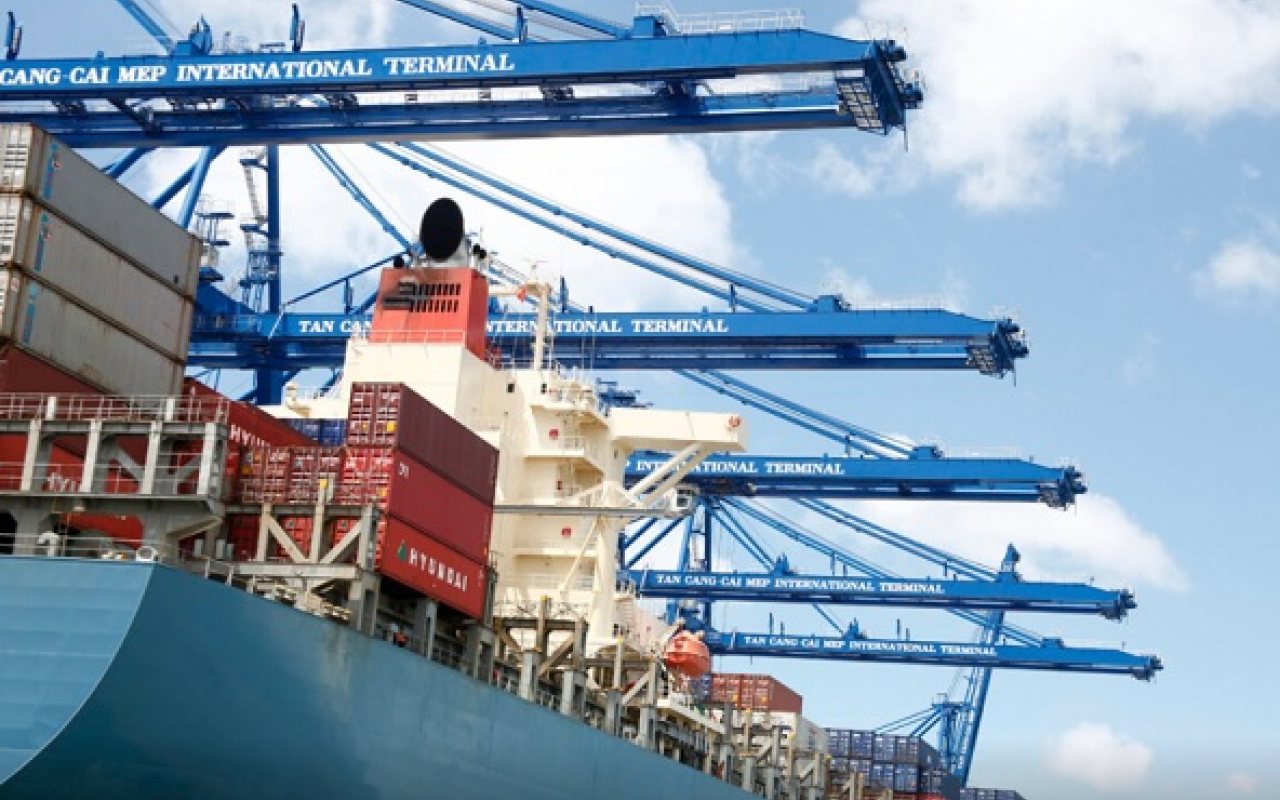 The Tan Cang – Cai Mep Int’l Terminal (TCIT) in Vietnam has broken its record for container handling after processing one million containers in October — one and a half months earlier than in 2016.

On October 12, 2017, TCIT processed the millionth container from OOCL Genoa, an 8,888 TEU vessel, at 1:20 pm, the second time the terminal has surpassed an annual one million TEU since the start of its operations in 2011.

TCIT said that it had to overcome new challenges from the “reconstruction” of worldwide shipping alliances in April to ensure it reached the new record.

The deep-water terminal serves 10 weekly services of the three largest alliances, THE Alliance, OCEAN Alliance and 2M, with some domestic services.

It has a channel depth of 14 meters and is located near Cai Mep – Thi Vai T-junction, 18 nautical miles away from Vung Tau pilot station.

TCIT can accommodate vessels up to 160,000 in deadweight tonnage as it has a berth depth of 16.8 meters and three wharves of 890 meters in length.

It features a 34-acre container yard, nine ship-to-shore Panamax gantry cranes with an outreach of 55 meters, and three Liebherr RMGs for barge handling.

In a statement, TCIT said: “To commemorate the occasion of welcoming the 1,000,000th TEU in 2017, TCIT would like to appreciate the support and unwavering trust of all customers, carriers and partners in TCIT’s marine services.

“We hope to continuously receive your collaboration and companion in the future.”

Read more: It was predicted that some ports in Asia would see calls halved when new alliance service structures came into effect last April