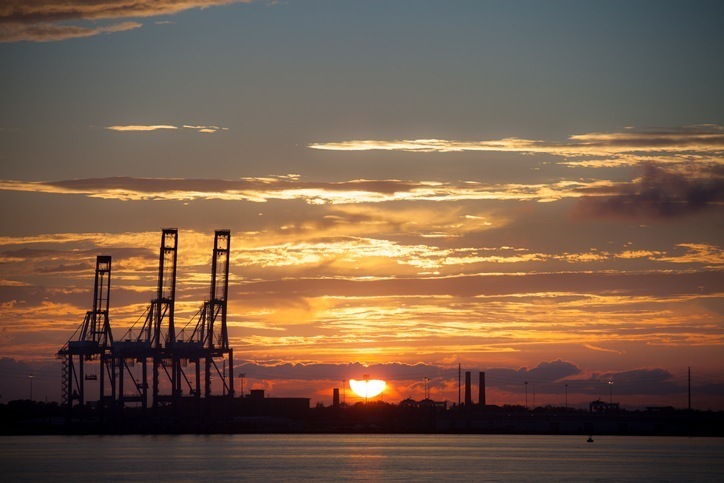 Two major US port hubs -South Carolina and Oakland – have seen their volume increase in July in a sign that the worst effects of the pandemic are starting to abate.

Exports were also down but import, especially from Asia, improved. Blank sailings were also down on June. Additionally, SC Ports recorded its best ever month for cars handled with a 47% increase YoY.

SC Ports this showed that consumer confidence is starting to return in some parts of the US economy and that regional automotive plants are resuming normal operations.

“We are encouraged by some signs of an initial rebound in our container and automotive volumes, as well as an increase in imports and a decline in blanked sailings,” S.C. Ports President and CEO Jim Newsome said.

“However, a more substantial recovery is dependent on the duration and intensity of the economic impacts from the pandemic, and ultimately, on a vaccine. We are hopeful for a stronger rebound throughout fiscal year 2021.

Meanwhile, on the West Coast the Port of Oakland enjoyed a jump in its import traffic, a sign that retail confidence is returning to the US economy.

However, this announcement was tempered with a 6.4% YoY drop in imports, and the news that exports have fallen YoY for three consecutive months.

The Port attributed import gains to shippers resupplying warehouses after retrenching during early stages of the global pandemic.

It said rising cargo volume was welcome in Oakland after four straight months of declines between February and June, but cautioned against reading too much into the results.

“It’s good to see an uptick in cargo activity,” said Port of Oakland Maritime Director Bryan Brandes. “But we’re not doing any victory celebrations because the trade outlook remains unclear as long as the pandemic is with us.”

The Port said dwindling exports could be the result of China’s efforts to bar waste product shipments. Scrap paper is one of the leading U.S. exports from West Coast ports including Oakland.

The COVID-19 pandemic has affected ports across the US but some have fared better than others, with East Coast volume maintaining relatively steady volume while those on the West Coast suffering substantial drops.