US ports building for the future 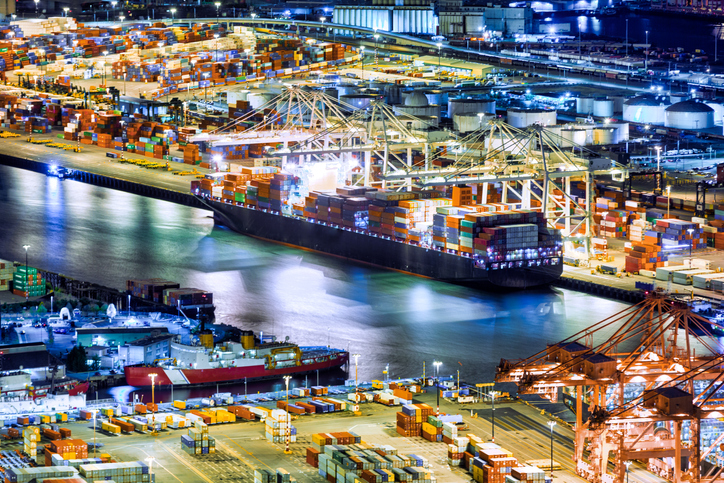 The importance of port investment and development has been made clear across the globe, not least in the US where ports have had a mixed 2020 with numerous challenges.

In September 2020, the US Department of Transportation included five intermodal projects in its $1 billion project to improve the country’s supply chain and prepare the country for a post-COVID-19 world.

Additionally, there are several other port infrastructure projects ongoing which provide insight into the country’s supply chain progress.

Part of this is a $471 million berth expansion, the largest single project in the Port’s history. This includes a new fleet of super-panamax gantry cranes, due to be delivered in November 2020 from Chinese-state port equipment manufacturer ZPMC. These cranes will be operational by the end of 2020.

Furthermore, a new logistics centre is being constructed at the Port through a public-private partnership with nationally recognised commercial developer CenterPoint Properties.

Additionally, it is building the ‘Port Everglades International Logistics Center’ which will be divided into two buildings with the southernmost building scheduled to be completed by June 2020.

The project will contain a warehouse, a refrigerated warehouse, office space, and cross-docking facilities to enhance the services available to shippers using Port Everglades. A portion of the logistics centre will be used as a Foreign-Trade Zone.

The Port of Alaska

The Port of Alaska is a focal point for freight transportation throughout Alaska and handles five times more inbound marine cargo than all other Southcentral Alaska ports combined.

It is currently pursuing its Port of Alaska Modernisation Program (PAMP) which will see the replacement of aging docks and related infrastructure at an approximate cost of $2 billion. The first phase is due to be completed in late 2021.

After this it will move forward with a carefully sequenced demolition and construction of its remaining docks that will enable continuous cargo operations throughout the anticipated 10-year-long dock replacement programme.

Port of Alaska is also in the early stages of planning a port power resiliency programme that will reduce port users’ power bills and enable port operations in the event of a significant utility grid outage.

The resiliency programme will include a port microgrid, solar generation, a MW-scale battery farm and backup thermal power generation – probably from railroad engines – that will combine to reduce utility demand charges during blue-sky conditions and emergency power generation.

The Port of Connecticut Authority

In February 2020 the CPA announced a collaboration with terminal operator Gateway Terminal and joint venture partners Ørsted and Eversource to expand and redevelop State Pier in New London into a state-of-the-art port facility through a combined public-private investment of $157 million.

The CPA also said the infrastructure upgrades will re-make State Pier as “a modern, heavy-lift capable port and meet the facility requirements of the offshore wind industry”.

The improvements will benefit the New London’s long-term growth by increasing its capacity to accommodate heavy-lift cargo for years to come while maintaining its freight rail link.

It is expected that more than 400 jobs to be created during the construction phase of the project. Construction is set to begin in early 2021 and be completed by August 2022.

Plaquemines’ location at the mouth of Mississippi River, near the Gulf of Mexico and proximity to the Panama Canal and Latin American ports makes it a critical gateway for marine and rail trade regionally and across the US.

In August 2020 it announced it had signed a Letter of Intent (LoI) to build an environmentally friendly, multi-modal container terminal capable of handling mega-ships in excess of 22,000 TEU. When contacted by PTI, a Plaquemines spokesperson said it had “several potential partners” to build the terminal.

One of the parties who also signed was American Patriot Holdings (APH). APH will provide the new terminal with Mississippi River transport by way of its hybrid fleet of vessels, which have a capacity of up to 2,375 TEU.

Another signatory was Louisiana 23 Development Company, LLC (Devco), which was selected as the exclusive private development partner for Plaquemines Port in December 2019.

Plaquemines said that developing and operating a multi-modal gateway container terminal on the Gulf Coast will reduce exposure to congestion and improve reliability.

Additionally, the August announcement also described plans of a new LNG terminal to be built adjacent to the facility, which would open the door for large LNG-powered containerships in the US. At the time of writing potential partners are being sought for the whole project.