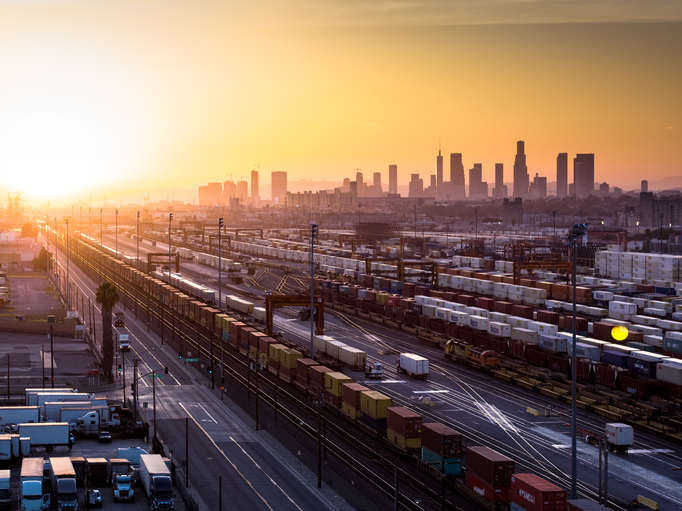 The National Retail Federation (NRF) has called on the US Congress to upgrade the country’s supply chain to prevent a shortage of retail goods, as US West Coast traffic continues to break records.

Businesses require action from lawmakers if the country’s supply chain is to keep up with demand, said Matthew Shay, NRF President and CEO.

According to Shay, businesses need “meaningful, bipartisan infrastructure legislation that is critical to retailers who depend on a safe, reliable and efficient transportation system”.

The statement comes at the same time one of the US’ major West Coast import hubs, the Port of Oakland, looks to set new traffic milestones.

The Port said it will break its existing volume record and handle 2.6 million TEU in a calendar year for the first time if current traffic holds pace.

In its latest financial results, the Port announced it handled 1.3 million TEU in H1 2021 and said the year-long boom in containerised US imports is continuing to drive record traffic.

Additionally, it expects the trend to last based on three factors: record freight rates being charged by carriers indicating high demand for vessels space, rising US inflation as consumers spend more on overseas goods, and the upcoming August-November peak season when retailers stock up on holiday merchandising.

According to the Port, containerised import volume in Oakland has increased year-over-year (YoY) for five consecutive months. Oakland reported that June 2021 imports were up 15% compared to the same period last year, and exports edged up 0.8%.

On average, vessels are loading and unloading 66% more cargo in Oakland than they did in 2020. One consequence has been cargo delivery delays. Oakland said it expects delays to ease by late summer with the addition of more dockworkers.

Bryan Brandes, Maritime Director, Port of Oakland, said, “We’ve never seen this level of activity and based on the outlook we’re preparing for more.

“Our challenge is serving customers who expect us to handle their cargo efficiently.”

Ports on the US West Coast have experienced a substantial increase in cargo volumes since the summer of 2020, with e-commerce and US consumer spending restricting space on container vessels and capacity in warehouse and yards.

According to the NRF, the trend is set to continue following record retail sales in June.

Earlier, in July 2021, the Port of Los Angeles’ CEO Gene Seroka said the US supply chain required leadership from lawmakers if it is going to solve the numerous challenges, such as congestion, a lack of data visibility and disputes between carries and ports.

The statement from Seroka came after an Executive Order from President Biden for Congress to investigate allegations of anti-competitive practices by the carriers.