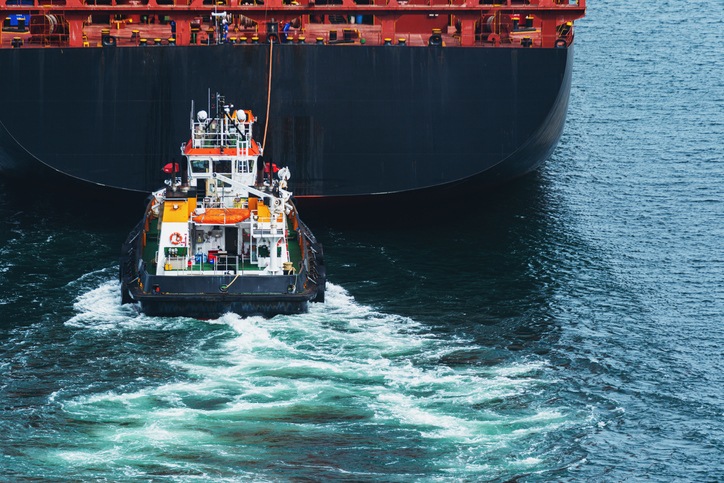 The US Coast Guard (USCG) is towing the NYK Delphinius to the Port of Oakland after a fire in the container ship’s engine room.

In a statement, the USCG said the fire began while the container ship was 80 miles southwest of the US West Coast and that it is being towed by the tug boat Delta Deanna.

According to the USCG, no injuries have been reported and all crewmembers are accounted for; there are also no reports of pollution.

The Delta Deanna and the tugboats Sarah Avrick, Delta Lindsay, and Jamie Ann continue to transit the 4,888 TEU vessel to an offshore location west of Point Reyes.

Upon arrival, additional fire and salvage teams are planning to embark on the Delphinus to conduct structural integrity inspections and examine damage to the engine room. Once the inspection is completed, the Delphinus is scheduled to transfer to Oakland Terminal Berth 22.

“The Delphinus contacted Coast Guard Sector San Francisco watchstanders at 4:54 a.m., Friday, reporting an engine fire aboard the ship with 24 people on board approximately 50 miles west off the coast of Monterey,” the USCG said in a statement.

“A Unified Command consisting of the Coast Guard, the State of California, and Witt O’Briens has been established to respond to the fire aboard the Delphinus.

“The Unified Command’s priorities are the safety and well-being of the crew, controlling the fire, mitigating pollution, and safe transit of the ship to the Port of Oakland.”

While no containers are reported to have been lost, it is the latest such event that has caused disruption to the maritime logistics chain.

In February, several hundred containers were lost overboard from the ‘Maersk Eindhoven’ during bad weather while on route from Xiamen, China, to the Port of Los Angeles, US.

In the immediate aftermath of the Suez Canal obstruction in March 2021, some industry commentators blamed the latest swathe of container losses and vessel incidents on consumer demand, which is forcing captains to strain ships’ engines to reach destination ports faster.