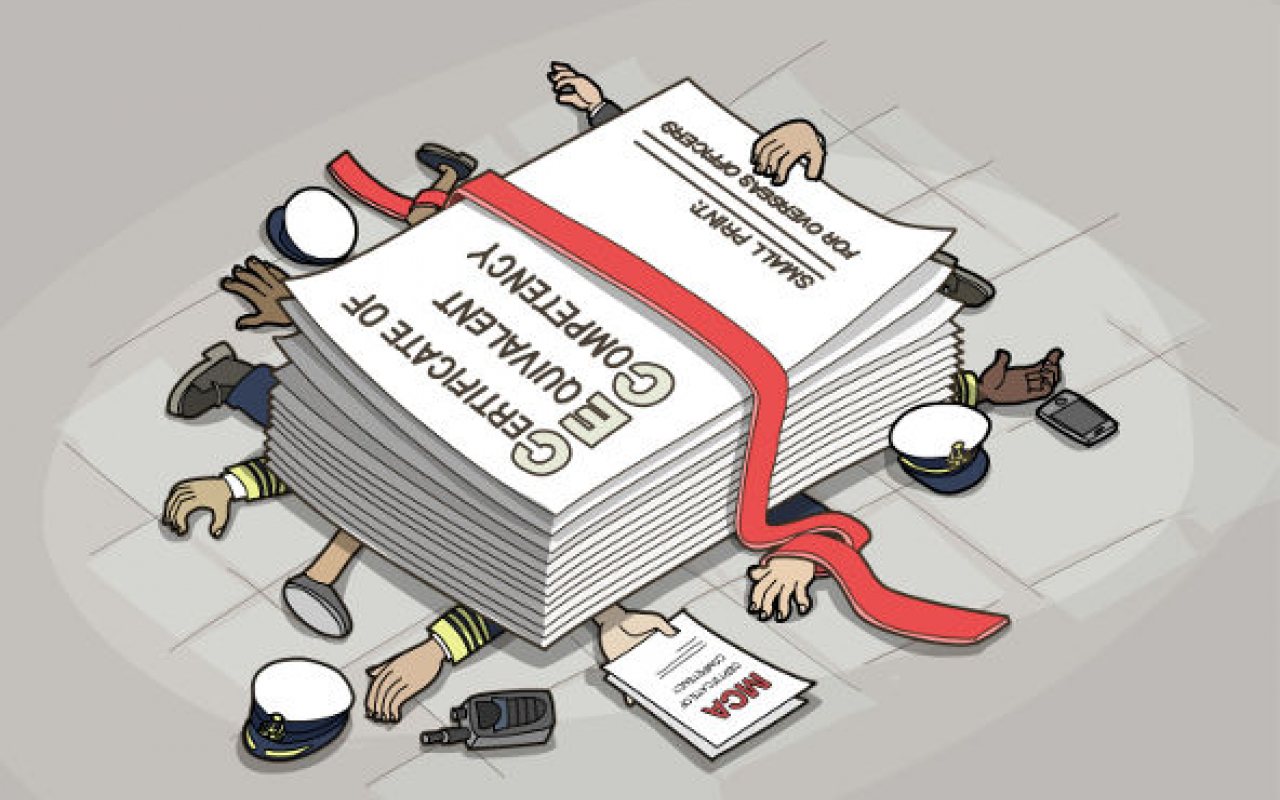 Nautilus International, the trade union and professional organisation for maritime professionals at sea and ashore, is calling on the UK government to protect British jobs onboard UK-flagged ships.

The call comes at a time when, despite there being almost 4,000 out of work officers in the UK, many jobs are still going to non-UK residents.

Against the backdrop of a significant decline in the number of UK seafaring officers working in the UK’s shipping industry, seafarer numbers nationally have fallen from more than 66,000 in the 1970s to just over 23,000 today.

To protect jobs and safeguard those working at sea, the Union is calling on the government to review their position for a reform to the certification system which is currently disadvantageous to UK nationals.

In order to work aboard a UK flagged vessel, non-UK officers are required to hold a Certificate of Equivalent Competency (CEC’s) issued by the MCA.

However, this is often at the expense of working conditions and lower wages for other workers.

The Union is calling on the government to revisit a report into the issuing of CEC’s conducted in 2007, which never came to a conclusion.

Nautilus International is encouraging a review of the current system for issuing CEC’s which is not adequately controlled and creates a pool of cheaper labour against which UK resident seafarers struggle to compete.

It also has concerns about the quality and standards of training with certification overseas, undermining opportunities for the some 2,000 unemployed British officers and directly affecting working conditions and safety.

Nautilus general secretary Mark Dickinson commented: “We are urging MPs to call for a review of the CEC system.

“In that same year and the next, around 2,000 UK seafarer jobs were lost due to the downturn in the oil price alone.

“These seafarers have struggled to find work due, in part, to the amount of competition from lower-cost seafarers which is in turn driving down working conditions and pay.

“If the government continues to be complacent on the issue, we will witness a further decline of the nation’s essential maritime skills and an even greater dependence on other countries in a world of increasing political turbulence.

“With so many experienced British seafarers now out of work, reform is needed to the system for issuing CECs and to give our home-grown and home-trained maritime professionals the best possible chance of securing future employment.”