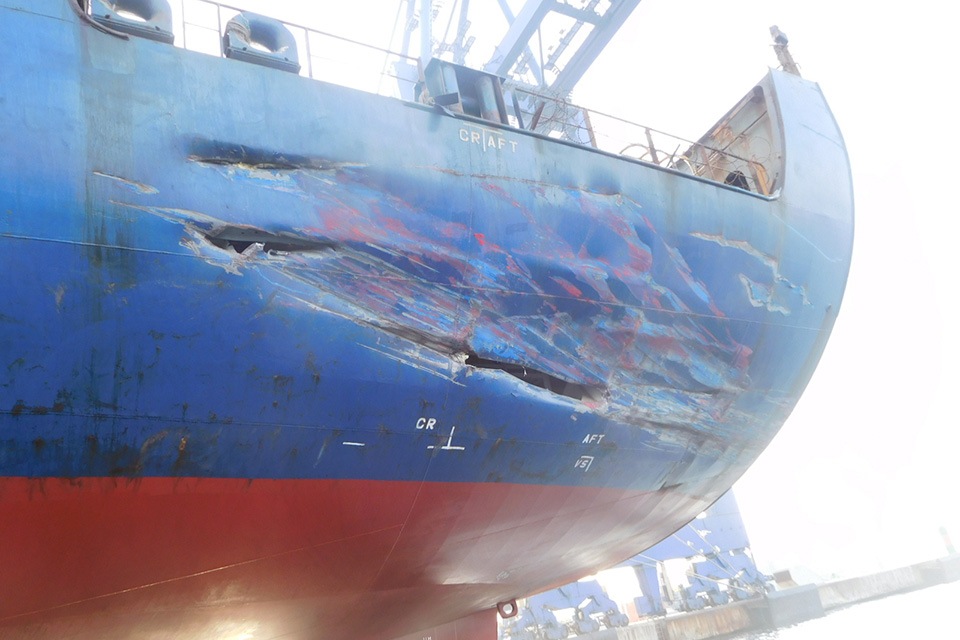 A 2018 collision between a container vessels and gas carrier is said to have occurred because neither vessel ‘appreciated the risk of collision in sufficient time’ to take action, according to a report released by the UK Marine Accident Investigation Branch (MAIB) released on 19 March.

The UK registered container vessels, ANL Wyong, and an Italian registered gas carrier, King Arthur, collided in “darkness, dense fog and an area of heavy shipping traffic, south east of Gibraltar”, according to the report.

Both vessels were destined for Algeciras, Spain, with the ANL Wyong waiting for a pilot and the King Arthur heading towards the boat transfer position near Algeciras.

As well as not appreciating the risk of collision in sufficient time to take effective action the MAIB investigation has also highlighted “risks associated with inappropriate use of VHF radio and AIS information when assessing risk collision”.

However, the investigation notes, the vessels were not warned of the developing risk by the shore authorities responsible for traffic safety in the area.

A number of other safety issues relating to ship personnel have been highlighted by the MAIB investigation including issues with both bridge teams not responding effectively to the developing, hazardous situation.

In addition, on board ANL Wyong, the officer of the watch was aware of numerous other vessels approaching, but perceived that they would all keep clear, so took no action.

Finally, on board King Arthur, the master’s action to avoid ANL Wyong was insufficient, and collision-avoidance decisions were largely based on AIS information and VHF conversations, which were misleading and distracting.

The following recommendations have been made by the MAIB: A safety recommendation (2020/115) has been made to the Spanish Ministry of Development to review the navigational safety arrangements for shipping traffic in the approaches to Algeciras.

A safety recommendation (2020/116) has also been made to the Maritime and Coastguard Agency to propose an amendment to the International Maritime Organisation to review the navigation status fields in AIS to incorporate a status for vessels underway, but not making way.