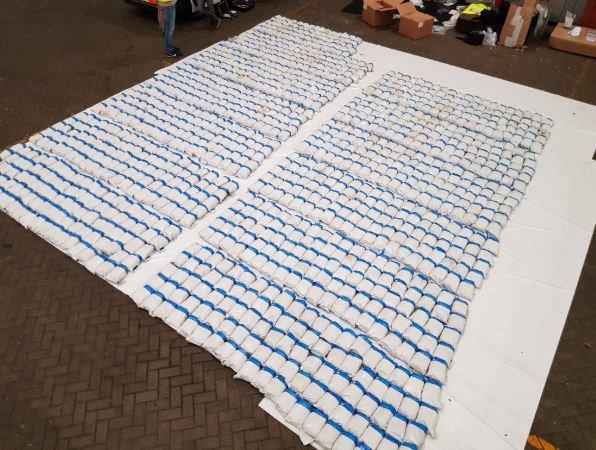 Four people have been arrested after 1.3 tons of heroin was seized from a shipping container at the Port of Felixstowe.

The National Crime Agency (NCA) said the seizure had an approximate street value of US$145.8 million, which makes it the biggest ever made in the UK.

The drugs were taken from the MV Gibraltar after it docked at Felixstowe on August 30. They were hidden in packets labeled as protein powder, which were inside boxes stuffed with towels and dressing gowns.

Following the seizure, the container that has carried the heroin was returned to the vessel. The vessel then continued on its scheduled journey to Antwerp, where it was transported by truck to a warehouse in Rotterdam, where the suspects were arrested as they began to unload the container.

NCA Deputy Director, Investigations, Matt Horne, had this to say about the seizure: “This is a record heroin seizure in the UK and one of the largest ever in Europe.

“It will have denied organised crime tens of millions of pounds in profits, and is the result of a targeted, intelligence-led investigation, carried out by the NCA with international and UK partners.

“The size of this and other recent shipments demonstrate the scale of the threat we face. We can be certain that some of these drugs would eventually have been sold in the UK, fuelling high levels of violence and exploitation including what we see in county lines offending nationwide.

Jenny Sharp, Border Force Assistant Director at Felixstowe, said: “This is a huge seizure – there is no other word for it given the quantities involved – which has kept dangerous drugs off the streets of the UK and mainland Europe.

“It speaks well of the effective work we do with our law enforcement partners at home and abroad and I’m extremely proud of all the officers involved.”

The seizure at the Port of Felixstowe is the latest in a recent series of drug busts in Europe and the US.

In August 2019, the authorities snatched $50 million worth of cocaine, again at the Port of Felixstowe. That came after officials in Germany made a drug haul of $1.1 billion at the Port of Hamburg.