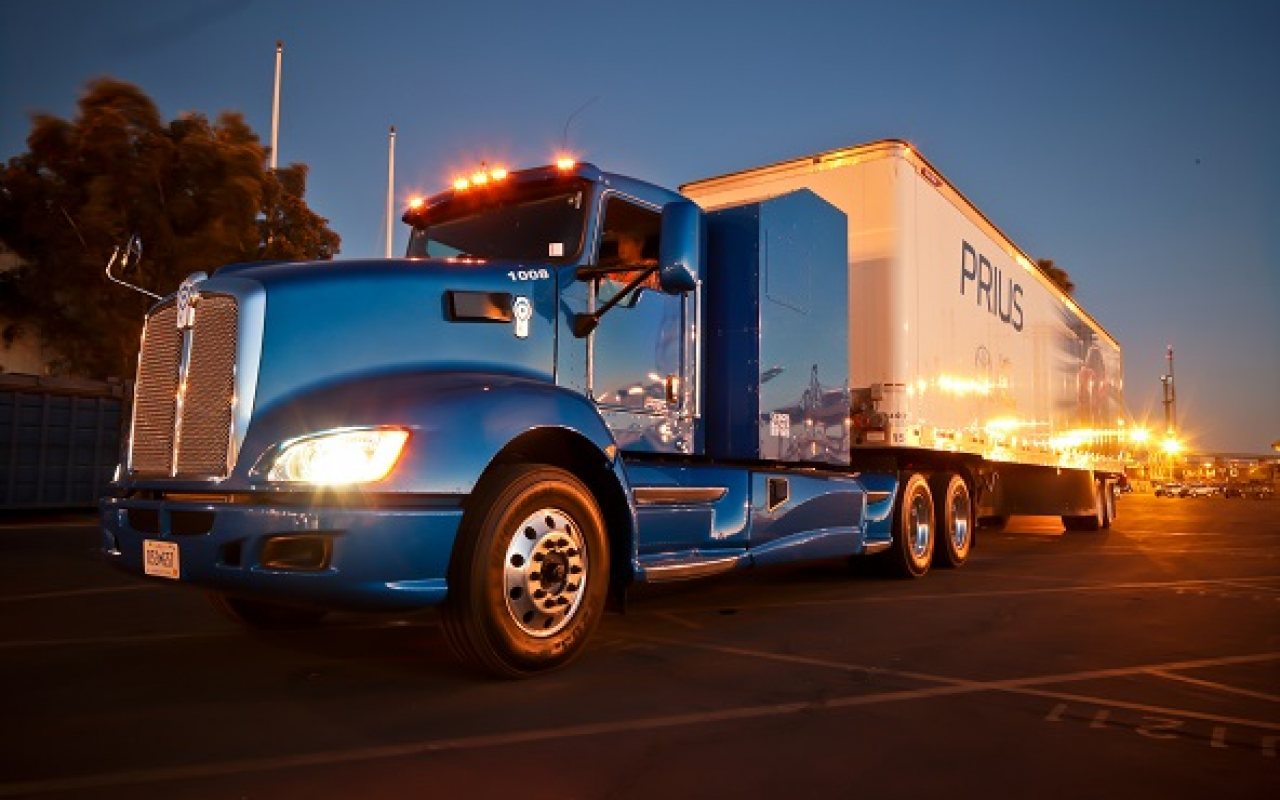 Toyota Motor North America (TMNA) has announced that 'Project Portal' trials to test the capabilities of hydrogen fuel cell trucks on drayage routes at the Ports of Los Angeles and Long Beach will start on October 23, 2017.

TMNA's Project Portal will begin tests on the proof of concept zero-emission class eight truck by using it to move goods from the port terminals to rail yards and warehouses for distribution.

Toyota has released a new video of the truck in action

So far, the truck has completed 4,000 successful development miles, while progressively pulling drayage rated cargo weight, and emitting nothing but water vapor.

Heavy duty vehicles make up a significant percentage of the annual emissions output at the Ports of Los Angeles and Long Beach, and the Portal feasibility study may provide another path to further reduce emissions.

Toyota has estimated that the truck’s daily trips will total around 200 miles.

Toyota will introduce longer haul routes as the study progresses.

Revealed in April 2017, Project Portal is the next step in Toyota’s effort to broaden the application of zero-emission fuel cell technology that can serve a range of industries.

The concept’s gross combined weight capacity is 80,000 lbs, and its estimated driving range is more than 200 miles per fill, under normal drayage operation.

“From the introduction of the Mirai passenger vehicle to the creation of the heavy-duty fuel cell system in Project Portal, Toyota continues to demonstrate the versatility and scalability of the zero-emission fuel cell powertrain.”

Read more: If a major earthquake strikes LA Port, the largest port complex in the US, railways and roads would be vulnerable links in the supply chain