Five busiest ports in the US 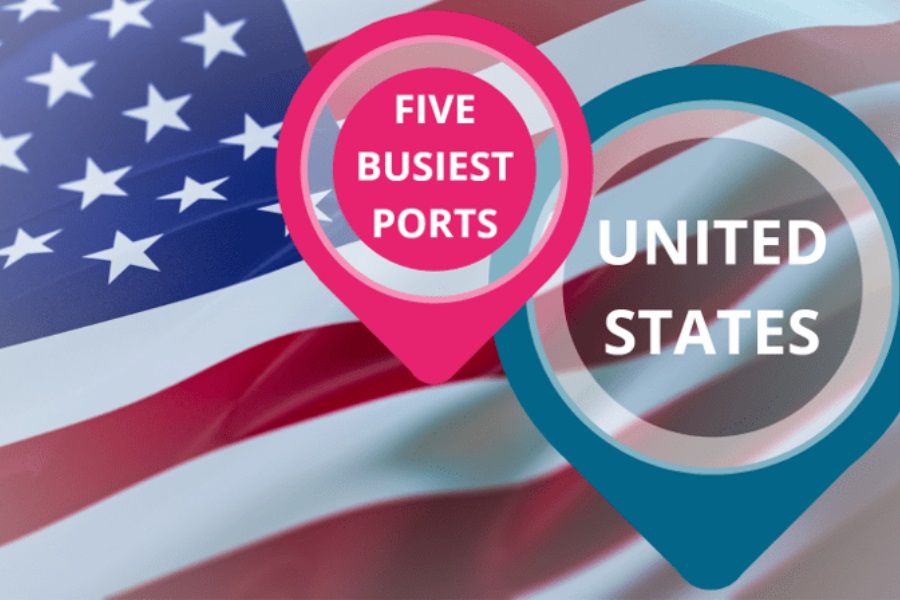 The US is the biggest economy in the world and exports more than any other nation – largely due its port industry. At Port Technology International (PTI) we asked ourselves, what are the five biggest ports in the US?

In answering this question, PTI has continued its series examining the biggest ports in the world. Previous insights have looked at Northern Europe, the Mediterranean, the UK, and Southeast Asia.

The list below is a measure of TEU traffic in 2018, it will be updated as and when 2019’s figures become available.

The Port of Los Angeles is the busiest port in the US with a traffic of 9.46 million TEU in 2018.

That year was also the third consecutive year the port had broken its general cargo record, making it the busiest port in the Western Hemisphere.

Early in 2020 it announced that its traffic upheld well despite the dangers posed by the US-China trade war.

Located on the US Pacific coast, it is a leading international trade gateway and is key to trade between the US and China, as well as other major Asian nations, including Japan and South Korea.

The Port of Long Beach is the second biggest port in the US and just about fits into the world’s top 20, with traffic of 8.09 million TEU.

It is known as Los Angeles’ sister port due to its close proximity and has the stated goal of being the most environmentally-friendly port in the US. Recent measures have resulted in a cut of 87% in diesel emissions.

As a gateway for trans-Pacific trade with Asia, it is critical for US trade with some the world’s fastest growing economies. It is also one of the few ports in the country big enough to accommodate the biggest vessels in the world.

However, despite being the two biggest ports in the US, combined Los Angeles and Long Beach would only be the ninth biggest port in the world falling considerably behind the major Chinese hubs.

The Port of New York and New Jersey is the third busiest port in the US and just outside the world’s top 20, with traffic of 7.2 million TEU.

Furthermore, it is also the busiest port on the US East Coast and a key gateway to one of the most concentrated markets in North America.

In July 2019 the Port Authority announced a 30 year plan to increase the Port’s ability to handle the world’s largest ships, following a surge in TEU volumes.

Included in this project is a deepening of the shipping channels and the stated goal is to solidify the region as the second biggest trading hub in the US.

The Port of Savannah is the fourth busiest port in the US and just outside the world’s top 30, with traffic of 4.35 million TEU.

It is home to the largest single-terminal container facility in the Western Hemisphere and two deep-water terminals.

In May 2019 the Georgia Ports Authority announced a plan with the St Louis Regional Freightway to build a $220 million rail facility to improve supply chain efficiency.

The announcement was part of the Port’s wider $3 billion project to increase its traffic to 8 million TEU by 2028.

The Seaport Alliance, comprising the ports of Seattle and Tacoma, is the fifth busiest container port in the US and just outside the world’s top 40, with traffic of 3.47 million TEU.

It is a marine cargo operating partnership and is the fourth largest gateway to Asia and major distribution points in the Midwest, Ohio Valley and East Coast.

It offers easy trade links with some of the fastest economies on the Pacific and is worth approximately $75.3 billion.

You may also be interested to read US ports building for the future.