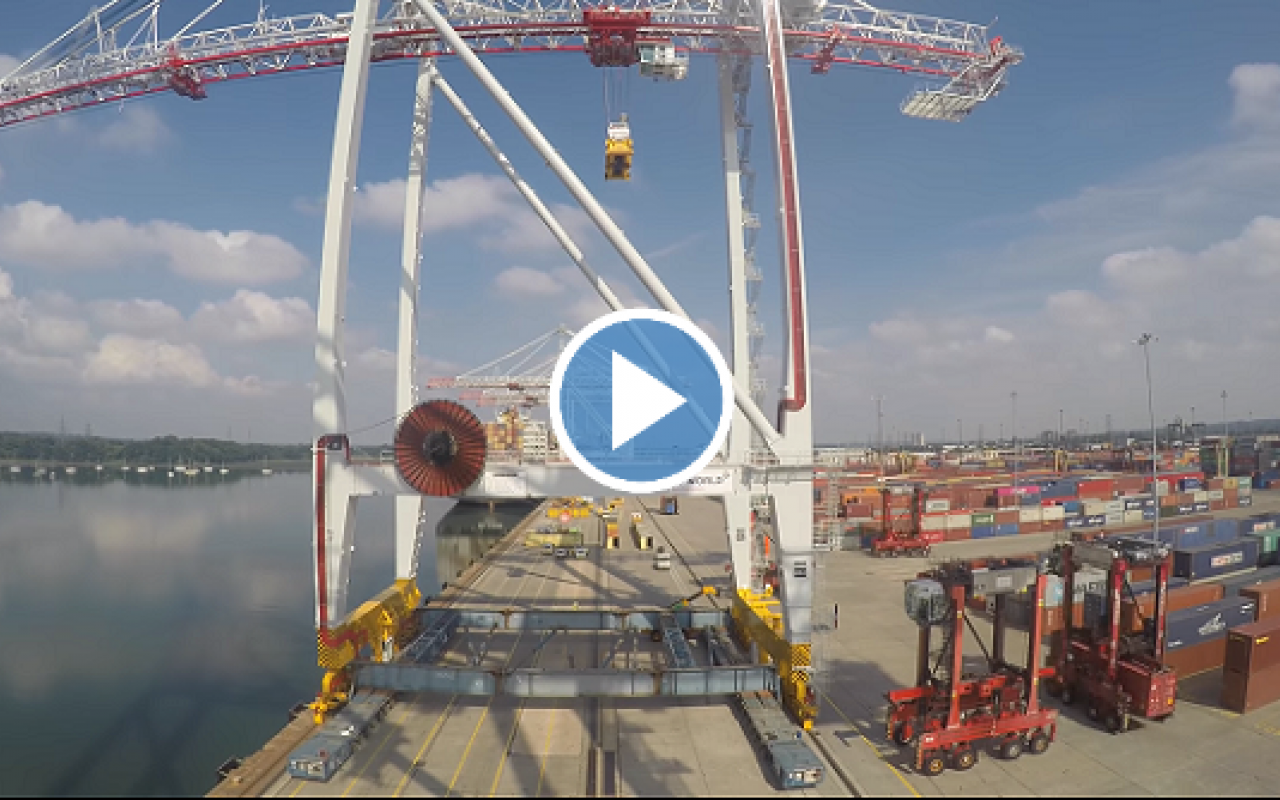 On July 4-5, 2018, DP World transported two new Liebherr cranes from a build area to the quayside, with each move taking around two hours, but Mcalpine shot the whole procedure in under five minutes.

The two cranes are the largest on the terminal, standing at 129.8 metres and weighing 1,500 tonnes — almost as big as the London Eye, and have a maximum outreach of 24 container across.

They’re also part of a major investment by DP World to make sure the port continues to grow.

Commenting on his timelapse, Mcalpine said: “From early on I knew I wanted to get some timelapse footage of the crane moves as it’s not something that’s often seen.

“I had two days in which to get footage as one crane was moved each day, with each crane move taking around two hours to move from the building site to the quayside.

“I knew what footage I wanted to get, but this involved the use of two Go Pro cameras, that way I could get enough footage of the move to could choose the best views plus it allowed cameras to be in two places at the same time.

“Part of the video was taken from up an existing quay crane in order to get a sense of scale.”

Southampton is the UK’s number one export port, handling £40 billion in exports every year.

The total trade it handles is worth approximately £75 billion.

Nick Loader, Chief Operating Officer, DP World UK, said: “With bigger vessels discharging and loading more boxes on each call, we need to invest in our infrastructure and equipment if we want to remain competitive.

“These quay cranes have a 24 container-wide outreach which gives us greater flexibility to handle higher stows.

“Our customers’ vessels are not only getting bigger but greener and more efficient too. The newest container ships to here have engines that can be powered by liquid natural gas to comply with new international maritime emission standards.”