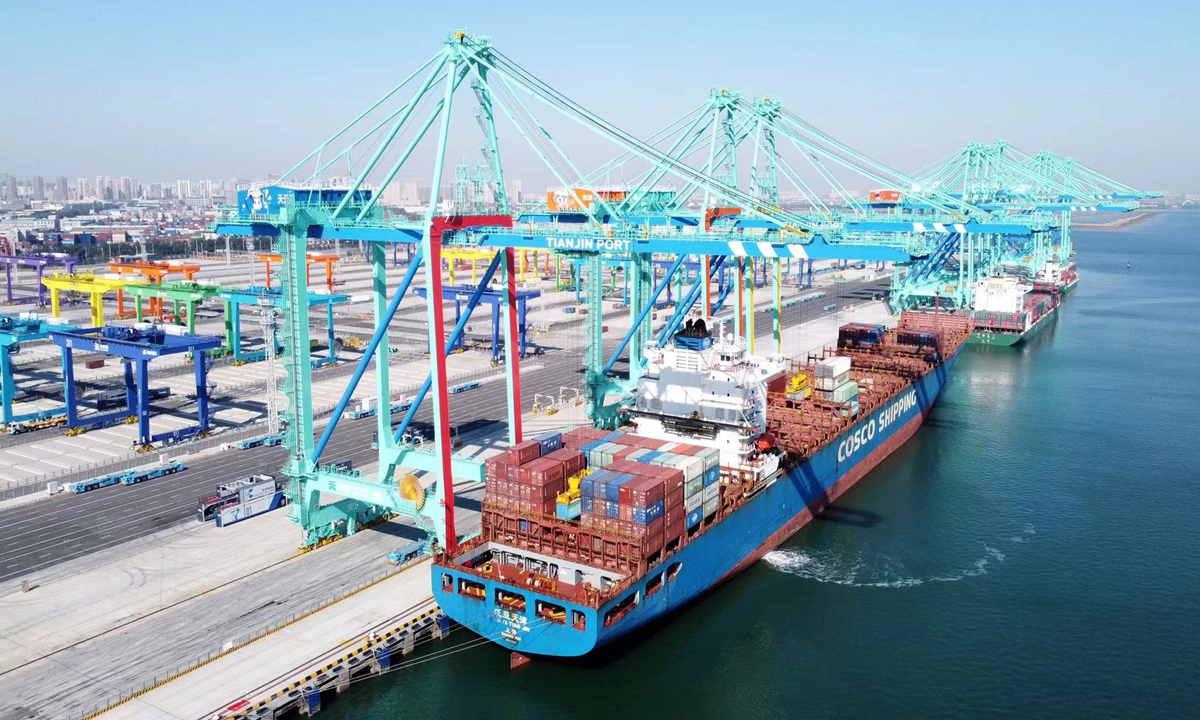 Tianjin Port Group and Huawei have announced plans to collaborate on building a digital twin of the Port of Tianjin in China.

This cooperation builds upon the two companies’ existing partnership to develop digitalised and automated processes at the port for increased resiliency.

The plan, which is divided into three parts, includes the construction of new automated terminals, upgrading of traditional terminals, and comprehensive digital transformation.

The Section C Terminal located in the Beijiang Port Area of the Port Tianjin has been designated as a “smart, zero-carbon” port terminal by the operator.

The terminal employs the use of cutting-edge 5G and L4 autonomous driving technologies to enhance its operations.

At the terminal, container cranes operate automatically, and intelligent robots are used for horizontal transportation, guided by the BeiDou Navigation Satellite System.

This solution, which combines 5G and L4 autonomous driving technologies, has provided a new model for upgrading and transforming existing traditional container terminals worldwide, according to the port.

“These innovations being used are having a huge impact on the port industry, creating new value for ports by improving operating environments, driving green and low-carbon development, and increasing operational efficiency,” said Yang Jiemin, Vice President of Tianjin Port Group.

“We believe that these practices will promote the intelligent development of the global port industry.”

The Port of Tianjin boasts 300,000-ton-class terminals with a channel depth of 22 metres.

It has 213 berths of various types, and in 2022 its container throughput exceeded 21 million TEU, ranking it among the top 10 ports worldwide.