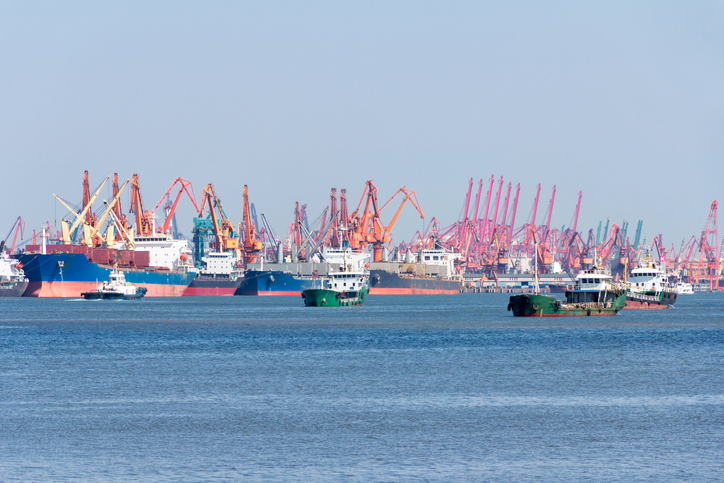 In order to achieve zero carbon emissions at the terminal in Section C of the port, the group will construct a green energy supply.

An integrated wind, solar, and storage system will be used as a platform to realise green energy supply of the whole terminal, the group announced at the Green and Safe Port Conference 2021 by China Ports and Harbors Association.

Terminal loading and unloading equipment, horizontal transportation equipment, and production auxiliary equipment will all be driven by electric power.

Combining traditional loading and unloading technology with automatic operations, energy consumption is expected to be reduced by 17%.

Chen Yanping, Deputy General Manager of Tianjin Port Group Kexin Facilities Department said, “In the initial stage of the terminal’s production, according to throughput calculations, we will install two wind turbines and install photovoltaics on the roof to achieve green energy supply.

Yang Jiemin, vice president of Tianjin Port Group, said in the future Tianjin Port will take the terminal as a new starting point to accelerate a new pattern of green port development.

The terminal will be completed and put into operation at the end of 2021.