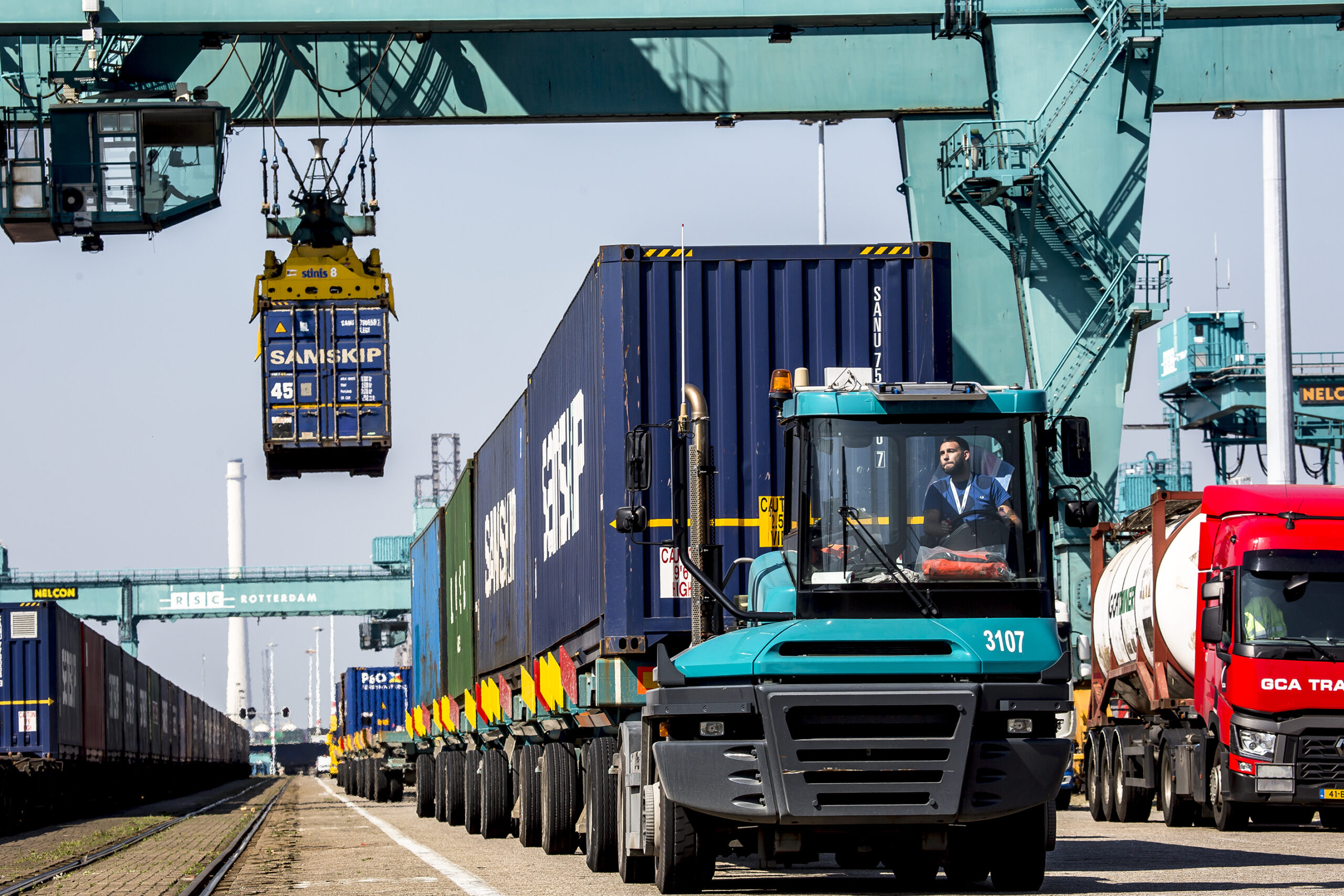 In response to customer feedback, a critical link between Europe’s rail freight and shortsea networks in Rotterdam has had its procedures overhauled.

This upgrade will also enhance its multimodal transport competitiveness.

On average, 14-15 freight trains are loaded and discharged daily by the Rail Service Center Rotterdam (RSC) at an advanced terminal fed by nine train service providers weekly from all over Europe.

Though a significant portion of the 270,000 cargo units are redistributed overland, a sizable number transfer to shortsea ships.

Around 70,000 units move via the nearby Rotterdam Shortsea Terminals (RST).

Developments to the connecting ‘shunt’, aimed at eliminating inefficiencies, had begun in May 2022 as part of a project authorised by the boards of the two terminal companies with support from Samskip.

A significant factor in shipper transport choices identified by all three parties is the optimisation of the modal switch of unitised cargoes at Europe’s largest container port.

Head of Ports and Terminal, Samskip, Peter Willemse, said: “Reliability and predictability are cornerstone advantages for multimodal freight compared to road transport… Together, we have focused on the shunt to make sure units reach the ship or train they are booked for.”

READ: Port of Rotterdam kicks off study into ammonia cracker

The partners organised a 10-person team based on a RST effort to hire a Six Sigma Black Belt specialist to do in-depth analysis across 14 work items on operations, with partners assessing progress every two weeks.

The outcome introduces lean process management to the whole operation in addition to fostering increased cooperation around workflow and prioritisation.

Significant performance gains have already been made, particularly by removing the parties’ transmission of misunderstood through-transport instructions, alongside firming up and aligning procedures.

Other benefits resulted from a clearer delineation of the peak times for traffic and closure times at each terminal, as well as increased awareness of underutilised shunting resources.

Over 98 per cent of containers are now arriving on time for scheduled ships or trains, and new protocols also give priority to corrective action in cases.

Arno Storm, CEO of RST, said: “The facilities, hardware and equipment used by both RSC and RST are state-of-the-art, and we have now implemented significant improvements in data flows and processes to ensure that shunt operations support the highest performance standards.”

Pierre van Dalen, Operations Manager, RSC, added: “This has been an invaluable project, where we have worked together to troubleshoot issues and set up procedures and solutions.”

“We have established a permanent framework so that the shunt operation between our two terminals contributes to – rather than frustrates – the efficiency of transport providers, rail networks and all of our shortsea clients,” Van Dalen said.