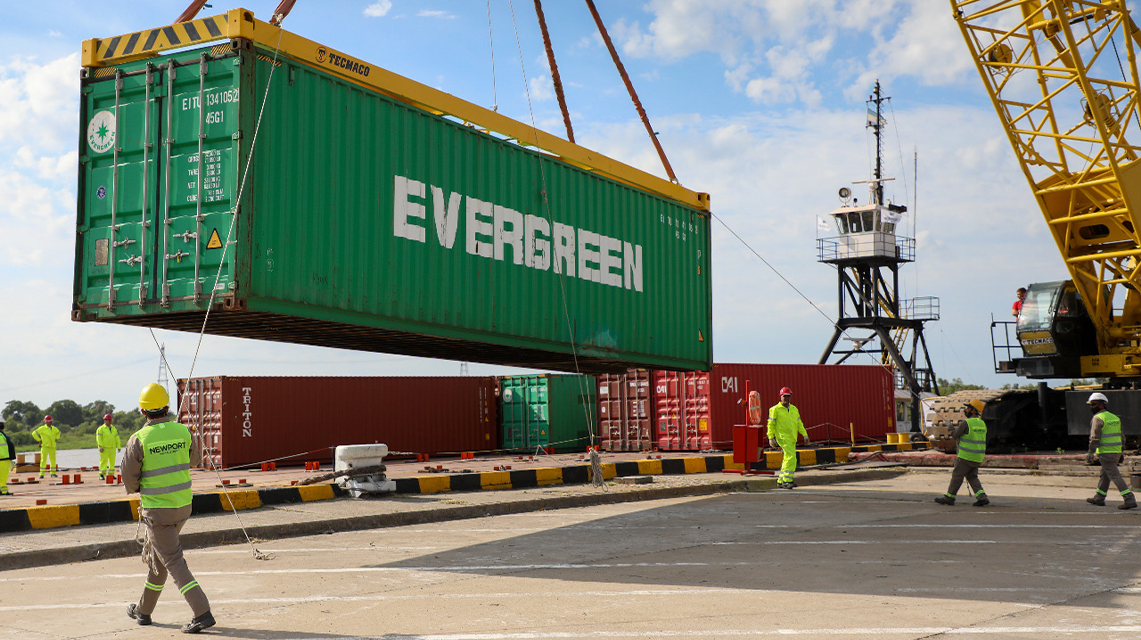 The service was launched on 9 December 2021 and will have a minimum of two calls per month between Sta. Fe and La Plata that will provide provide superior connectivity for a market estimated at 80,000 TEU.

The first export containers were loaded onto Newport Management’s 500-TEU barge Bagual at the Port of Sta. Fe.

Insuga S.A. and Adecoagro S.A. were the first companies to utilise this new service to export bone meal to Vietnam and milk powder to Singapore. This cargo was discharged in TecPlata on 13 December 2021 and loaded onto the Log-In vessel Jacarandá on 15 December.

“We need this – an operator who brings the barge in at a timely manner. We need security in the transshipment done by the shipping companies to get to the final destination, avoiding traffic, complexity, and costs in transporting the cargo by truck to the Port of Buenos Aires,” said Omar Perotti, Governor of Sta. Fe.

The new service provides a lower inland cost alternative to Argentina’s central, Northeast and Northwest regions while also significantly contributing to the reduction of carbon emissions between Greater Buenos Aires and the country’s hinterland.

TecPlata also began receiving imports from the Far East with the first shipment from China through a Far East service provided by Evergreen Marine Corporation.

Announced in September 2020, the import was carried by the company Di Gilio Hnos de Ensenada which comprised auto parts from Ningbo, China.

On hand to observe the launch of the new service were Axel Kicillof, Governor of Buenos Aires Province; Augusto Costa, Minister of Production and Technological Innovation; Mario Secco, Mayor of Ensenada; and Fabián Cagliardi, Mayor of Berisso.