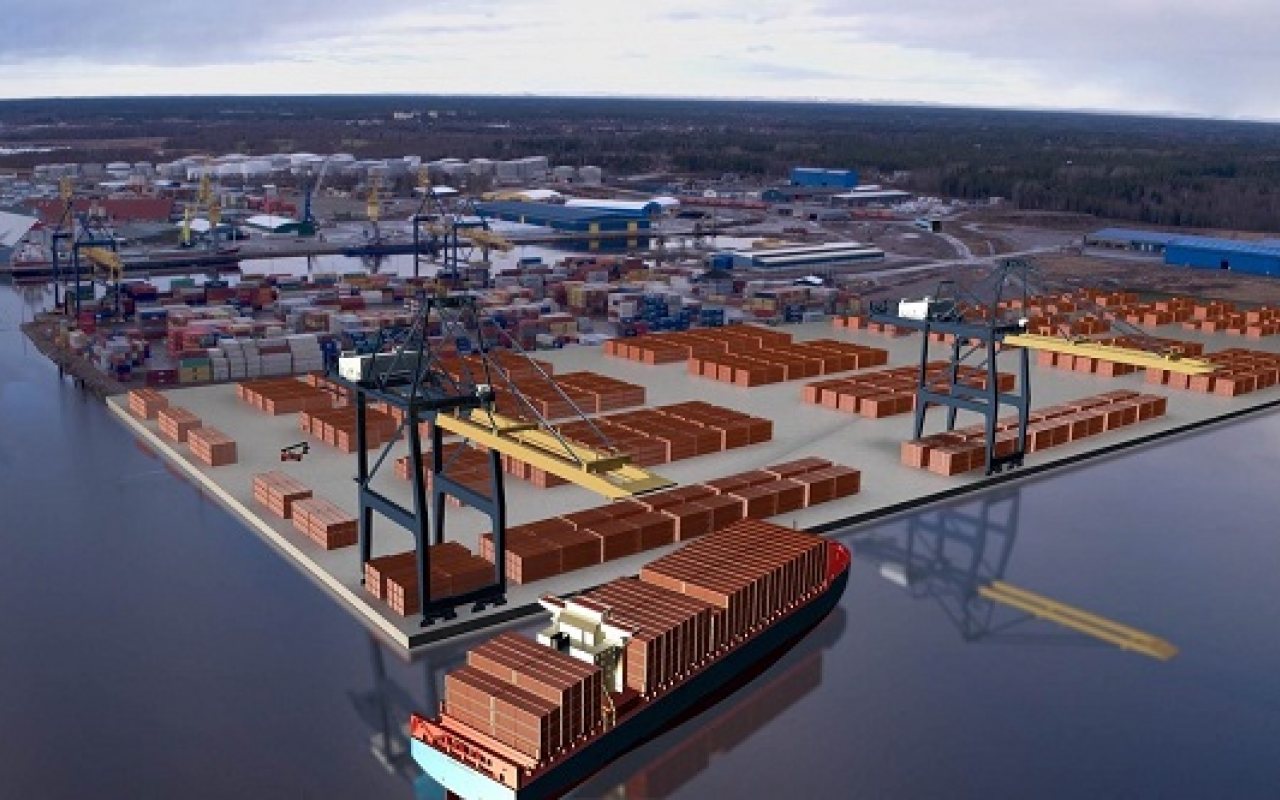 The largest container port on the Swedish east coast, Port of Gävle, has announced plans to double its capacity in a project worth approximately US$ 83.2 million.

Port of Gävle has reported large volume increases in its container traffic almost annually since it started operating ten years ago.

A joint venture with Yilport Gävle will lead to the construction of a second dock with cranes and depth to accommodate four ships simultaneously and larger container vessels.

The container ports expansion is being made possible through a close cooperation between the owner of the infrastructure, municipal Gävle Hamn AB, and Yilport Gävle, which has operated the port since 2014 with its own personnel, cranes, trucks, and other mechanical equipment.

The expansion, which increases the capacity to 600,000 TEU annually, is expected to be completed in the fourth quarter of 2019.

Eryn Dinyovszky, General Manager of Yilport Nordic, said: “Within a 250-kilometer radius of Gävle, almost 17 million tonnes of steel, paper, and timber are produced every year.

“A lot of it is already being exported by sea, containerized and through us, and that volume will definitely grow.”

The Port of Gävle and Yilport also expect increased imports.

Sweden’s National Food Agency is building a laboratory for examination of imported foodstuff to coincide with the expanded port.

The port has around 170,000 square meters of storage space.

Another 20,000 square meters of land is also available for companies to situate themselves nearby to the port.

Also available are extensive bulk cargo resources, and one of the country's major oil and chemical terminals.

Fredrik Svanbom, CEO of Port of Gävle, said: “With stricter requirements for more environmentally sustainable transportation solutions, we are in an optimal location.

“The Port of Gävle is just two hours from Stockholm. First class road and rail connections make it beneficial for cargo owners, not only just in our region, but also in other parts of Sweden, to increase their imports through the Port of Gävle.

“Our extensive new investments generates a completely new environment for what I like to call The Northern Port of Stockholm.”